As the Oscar night comes ever so close, every detail about the night and the various spokes in the wheel which make up the ceremony are dissected the world over. One important part of the Academy Awards night is the host. From being only a 15 minute affair in 1929 to being a 4 1/2 hour affair in the 74th edition, the host has the difficult job of keeping the audience engaged in the show and also making the middle portion, typically reserved for the technical awards, interesting. In the illustrious 87 years of the Academy awards, there have been some names which became synonymous with the ceremony due to their repeated turns in hosting the event, among whom the top names which immediately come to mind are Bob Hope & Billy Crystal. While there were also the dubiously titled ‘one time hosts’ who were never invited back (till last year, Chris Rock also had the tag of being just a one timer, but he gets the hosting duties this year as well!).

We take a look at the best and worst of them:

Bob Hope is to Academy awards hosting as Johnny Carson is to late night show hosting. He has helmed the show a record 19 times. It was such a common feature for him to turn up every year on the stage that he commented “Welcome to the Academy Awards, or, as it’s known at my house, Passover.” He always had a running gag during the show about standing so close to the awards all night yet never winning one. (although that was more than compensated for by the 5 honorary Academy Awards he received in his career!)

Billy Crystal is the modern day legend and also the one who is sort of a saving grace for the organizers when they need somebody to redeem the show (yes, we are looking at you James Franco & Anne Hathaway). His signature parodies are always highly anticipated and is mostly known as the host with good vibes, steering clear of anything controversial. His entry as Hannibal Lecter during the 1991 proceedings or the recent ‘what’s playing on the minds of’ game during his turn in 2012 were particularly memorable. It has been already 4 years since he last hosted. We are expecting you Billy!

The bad to worst ones:

You want to target the social media savvy youth. Check. You have two of the bestlooking people in Hollywood. Check. You ask them to be funny. Checkmate! James and Anna just could not produce the kind of chemistry that other co-hosts have shown over the years, like Alec Baldwin & Steve Martin. James was disinterested (probably missing his real and reel best friend, Jonah Hill) while Anna tried to be funny but came across as over enthusiastic. During the Roast of James Franco on Comedy Central, James’ Oscar stint was the butt of many jokes. 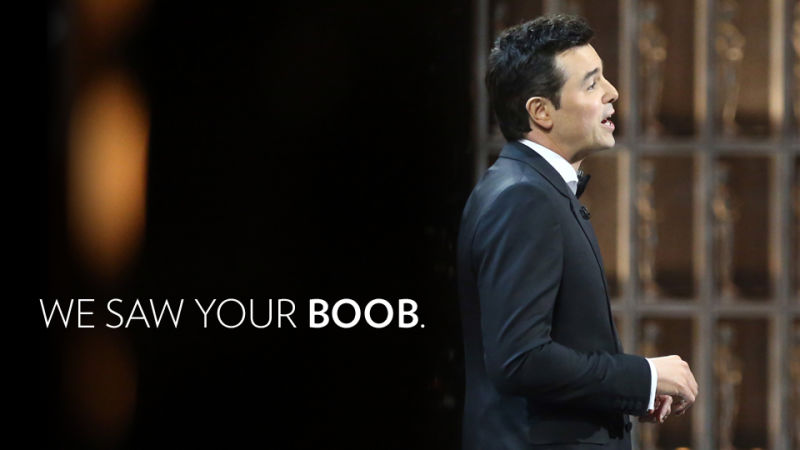 Seth is the brains behind 2 Ted movies and The Family Guy. That is the hint, if you needed any! Offending and touching upon sensitive topics comes natural to him. So it was a given that when he hosted the event in 2012, there were a few raised eyebrows and a few uncomfortable moments, specially the whole song and dance routine about naked ladies in the movies that year. Overall, he was not completely bad, but we doubt we will see him anytime soon.

What can we expect from Chris Rock

Chris Rock’s previous stint with the Oscars was average, to be fair. Some of his jokes offended some A-Listers like Sean Penn. Like the joke about Jude Law being in every other movie during the start of the century. Sean Penn in fact made his feelings vocal immediately when he came on stage to present.

This year, Chris Rock will be under a different sort of pressure. The pressure of being the host of the ceremony already dubbed ‘so white’. With some top coloured actors threatening to boycott the show because of the complete dominance by the caucasian community, it would be interesting to see how Chris presents the whole issue or he chooses to play it safe. On one hand, he has been a proponent of coloured actors getting the same recognition as the other, on the other, he will have to overlook the distribution of the Oscars to 20 winners, none of which will be from his community. But thank God he is a stand up comedian before anything else! And we know how stand up comedians tackle touchy issues, by putting it out there in plain view, yet, with an envelope of laughter and mirth.

Controversies aside, these Oscars are already getting legitimate traction from all quarters and the anticipation only grows multifold. Tick tock!

Disclaimer: The images used in this post are not owned by us in any form whatsoever.