Monday is here and we have yet another reason to whine this time besides going to work. We feel ya ! Game of Thrones season 6 ended a week ago and here we sit dazed and dumbfounded on the enormous repercussions that wreaked havoc on our brains with all those theories they had conjured.

Theories aside, Season 6 has been the season of transformation. We saw our favourite characters fall through tortuous paths, reduced to the basest of individuals , their self-images torn to pieces. And then they rose into a person who was but a shadow of the old, gaining significantly more powerful personalities.

This post will not be just the usual roundup, but a brief journey from their origins and through the major transformations and what the future entails for them. This is gonna be a long one folks, so sit tight : 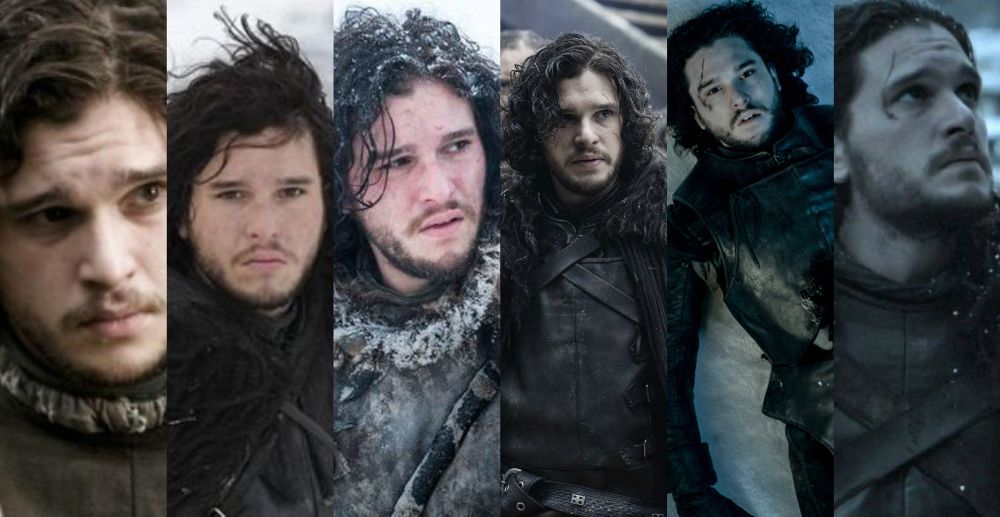 Snow’s journey has been the typical sob-story which he accurately portrayed through his perennial gastric-in-the-tummy expression. From a socially discriminated bastard to the Lord Commander in a matter of a few years, dealing with constantly brimming unrest in the Watch which was divided on his position as Lord Commander, a bitter union with the Wildlings who they had sworn to protect the mainland against and finally, to his assassination…Jon Snow has seen it all ! 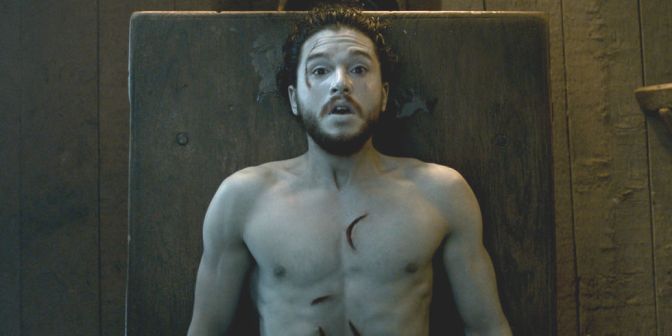 This is a man to whom you just don’t go and say – “I had a bad day…” ‘Cause you didn’t! He was killed by his own people and left to rot. Revived by Melisandre through her Lord of the Light mojo, Snow came back more ruthless than before. This subtle transformation became quite observable when he publicly hanged the traitors who had planned his assassination including Olly the Folly, the boy who had stuck the last knife into his chest. His previously untied hair which was somewhat of a signature look was now tied back projecting an air in which he had become much less approachable now.

One of the theories which tried to explain this transformation made a lot of sense – Jon Snow had had a glimpse of the after-life which was darkness and nothing more. He understood more profoundly that, this life that he had been given was his only chance to achieve his goals. It was at this opportune moment that Sansa arrived at the Wall giving him a more compelling reason to reclaim the North from the Boltons. So they fought and they won, with some help from the Knights of the Vale of course. However, this is not where the repercussions end.

One of the most popular theories in the GoT universe, found life ! In one of his visions, Bran Stark follows his father into a tower where we see Lyanna Stark lying on the bed with a baby by her side. As Ned Stark helplessly watches over his dying sister, she asks him to protect the child and raise him as his own. As the camera pans into the child’s face, it directly cuts to Snow’s face and we all jump out of our seats ! We had a Stark-Targaryen on our hands – the best of both worlds !

Now that this has been revealed to the audience, we can’t wait to see Snow’s reaction to this mind-blowing truth about his actual parentage. Welcome Jon Stargaryen !

The epitome of badassery (second only to little Miss Lyanna Mormont, of course), Cersei Lannister has had her share of troubles. From a strong, intelligent Lannister who lived a lie all her life in the Baratheon reign to a King’s mother, she mentally battled between her love for her eldest son and his highly erratic psychotic behaviour which constantly vexed her. All she wanted was to have a firm hold over the Kingdom with her son at the helm but all her plans were thrown out of the window with the unnecessary execution of Ned Stark which was again a whimsical decision of her mad-son. Who knows where the story would have ended up if Ned Stark were alive ? We might have even seen an alliance between the Lannisters and the Starks. But as we know, this event sparked the storyline to a whole different arc of animosity between the two houses which not even time could quench.

After Joffrey’s and Myrcella’s untimely deaths, Cersei became much more aware of her situation. The fragile existence of her House had fallen into her own hands. Jaime Lannister was there to provide her a semblance of moral support but that was it. He showed absolutely no interest in any of her schemes to gain power. Two events were happening simultaneously in King’s Landing – her second son Tommen took to the throne and the Septons gained power with their own religious workers. Tommen was a young boy and could hardly do anything to curb the political upheaval which was sweeping the city. As we know, Cersei is taken into custody by the High Sparrow and is tried for her sins.

Then the infamous Walk of shame happens as a coup de grace to her already broken down morale. Although she is allowed to return to the Red keep, she hides her burning desire for vengeance within. Right before her official trial in the Septa, her evil minion ex-Maester Qyburn burns (we hate alliteration !) down the Septa with the High-Sparrow, Margaery Tyrell and a bunch of their religious supporters, effectively gaining absolute power and the apt title of the “Mad Queen”. 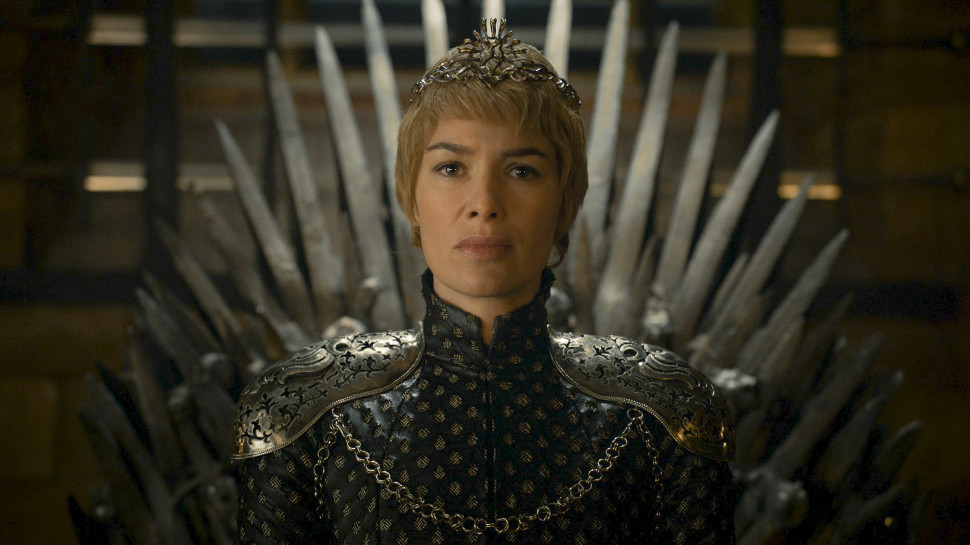 Although, mad doesn’t quite seem to justify her personality – she played everyone, manipulated the governors of the city and planned it to perfection. Meryl Streep would be so proud of her !

This is one character in Westeros who has been around. From a protective household in Winterfell to seeing her father die in front of her eyes to becoming a fugitive, Arya Stark’s training had begun in Season 1 itself. In her quest to avenge her parents’ deaths, she journeyed across several territories understanding the way of the world and becoming more fearless every day.

Her induction into the Bravosi temple was a turning-point in her life. As Professor Xavier would say – “I will not teach you how to use your power. I will teach you how to control it.” So Jaqen H’ghar became her Prof. Xavier and made her see that vengeance makes one vulnerable. She learned to detach herself from her emotions and be a neutral spectator to the world around her.

The waif actually made things interesting for us. Without her Arya would not have any reason to ramp up her defences and become more ruthless than ever. There were several theories which suggested a Fight Club like story wherein the waif was notioned to be a split of Arya’s own consciousness. Maybe the waif hated her so much because she hated herself, not being able to avenge her parents. This also, somewhat, explained why she didn’t die even after being repeatedly stabbed by the waif who came in the guise of an old hag.

This interesting theory was quashed, of course but it didn’t change the fact that Arya was ready now. She was now a adept in her craft and clear in her head. She had become more focussed and also refused to give up the Stark name. The killing of Walder Frey (or Argus Filch) was the culmination of all these years of training and patience.

Arya is going to be phenomenal in the upcoming seasons. She would probably be responsible for bringing about some mind-blowing changes in the story arc. She would be the silent guardian, the watchful protector, a dark knight !

Throughout the series we have always known where every Stark was, except Brandon. After shockingly losing his legs in the first season, Brandon has been no more than a liability for everyone. Hodor was the only one who protected him like his shadow, taking him on long journeys and eventually to their chance encounter with the Reed siblings. But Bran’s helpless fate had been sealed from the very day he had started to see dreams about the Three-eyed raven.

Season 6 brought in ,significant revelations in the story-line through Bran and his time-travails with the Green Seer or the Three-eyed Raven. We saw Ned Stark’s childhood through Bran’s eyes. The gut-wrenching revelation about Hodor’s name, spelt out a much deeper connection that Bran had with the past and with the overall arc.

One of the most important revelations was the origin of the White-walkers. The children of the forest confirmed that the walkers were created by them to defend them from the wars of men. This also explained why the encounter with the Night King left a mark on Bran. The Night was not only able to see Bran, which had never happened before but was also able to grab his arm for a heart-stopping second leaving a dark scar on his wrist.

And finally, Jon Snow’s origins which by far was the most important revelation of all.

It is now just a matter of time when we see the Night King bring down the wall and invade Westeros. We are sure Bran will become more and more powerful until that time and will probably share a part of his consciousness with the Night King, thanks to the mark on his wrist which will, in turn, let him know exactly what the King has in mind.

Their long-lost uncle Benjen Stark has also returned but is still a very mysterious character. Bran’s imminent rise in power may have forced the Walkers to send someone to execute him before he started to change reality beyond measure. That would be really interesting to see!

Although Danaerys Targaryen has also evolved a lot through the seasons, her path has more or less been straightforward with minimal twists (ahem…boring…ahem). Her resolve and astoundingly good luck has gotten her through the worst of situations. Also, owing to her natural Targaryen charisma, she always finds people who are willing to die for her. It would be interesting to see how she expands her hold through Westeros, now that she has the Iron-born with her and the Harpy army as well. Combined with Tyrion Lannister’s shrewd knowledge and intelligent tactics, we might as well be heading towards creating the largest army Westeros has ever seen and a battle more epic than the Battle of the Trident !

Until the next Season… Valar Morghulis !

Disclaimer : The images used in this post are the sole property of the makers of Game of Thrones and are not owned by us in any form whatsoever.