Circa mid-2014. The Youtube Fan-fest was organised with tremendous fervour in Mumbai and teenagers and 20-somethings had thronged to see their favourite superstars of the online world. Biswapati Sarkar was on stage as the satirical alter ego Arnub of first-a-patriotic-then-a- journalist Arnab Goswami. It was TVF’s turn to entertain the audience for 15 minutes when a certain Shahrukh Khan made his way through the crowd and the audience went berserk. But what came as a pleasant surprise was that the crowd was chanting “We want Arnub”  even as Shahrukh was doing his routine flying kisses and hand waves. He even came on stage to apologise to Mr Sarkar for disrupting the show. That is the power of the internet celebrities! And that has grown more, over the last few years.

In this article we take a look at few of the stars of the online web series world who have garnered mass appeal through their acting chops and conscious decision to break norms and be online celebrities first.

The cute faced Angira Dhar started of as a producer with Channel V. Acting was a calling which came once she thought of delving into something outside her comfort zone. And aren’t we thankful for that! She is the lead in the highly appreciated series Bang Baaja Baarat. The series also starred Ali Fazal and each episode of this sleek rom-com with high production scale reached around a million views on Youtube. She has also featured in a Cadbury’s Silk ad. As Shahana, she not only took Pawan’s heart, she also stole our’s. She is one to look forward to.

You can watch the first episode of Band Baaja Baarat here— 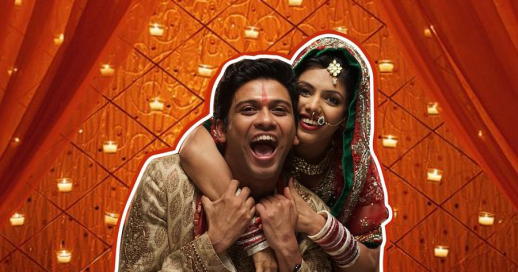 There are 2 Naveens making a ripple in the Youtube world. Naveen Polishetty is a regular in AIB videos, be it Honest Indian Weddings, Honest Bars & Restaurants or the recent Chindi Crime Patrol where he hilariously copied Anup Soni. He initially took the much traversed path of auditioning for movies and ads, but as luck would have it, he chanced upon an original content idea which the good people at AIB were coming up with. His likable looks coupled with a penchant for comedic timing makes him a regular in AIB videos.

You can watch him spoofing Crime Patrol here— 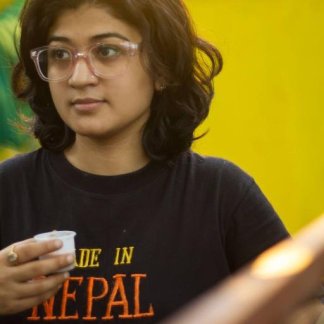 This lady is one of the finest women actors in the country. Let me rephrase, she is one of the finest actors in the country. From essaying spoof roles of Mamta Banerjee to Ekta Kapoor, to playing a myriad of roles in the humour genre, she is an integral part of the TVF stable. From being an advocate to a web sensation, she is now an actor, writer and even a casting director for any TVF original. She even has a theatre background which shows in her nuisances and impeccable comic timing in her videos.

She is another web star gifted to us by TVF. Dubbed as the online Kajol (for her chemistry with co-star Jeetendra in many TVF originals), she has made heads turn with both her acting and her looks. TVF Pitchers (easily the best series to come out of India, ever) made her  the wife every guy covets. She also works with India’s first all-women web content team, Girliyapa and her recent portrayal of a wife who is facing marital rape in the satirical How I Raped Your Mother received kudos from the netizens. Girliyapa has received a lot of traction in the last few months since its launch owing to the funny yet relevant take on women issues.

You can watch Girliyapa’s How I Raped Your Mother here—

4 years ago when TVF started doing originals with its hilarious take on the teenage rage Roadies, one man made everyone go into fits of laughter by uttering just two words “Ï’m Stunned”. From those two words to delivering one of the best motivational speeches ever in the hit TVF original Pitchers, this man has come a long way and gone better with every thing he is doing. Presently seen in a lot of ads on TV and a few films, he is a superstar of the web world. He has inspired a lot of aspiring webizens who are trying to make a name for themselves doing something different. He has found home in TVF and a place in the hearts of countless aspiring entrepreneurs in India who have been motivated by Pitchers.

You can watch his short film Pure-Veg here—

there are a lot of other fine actors doing amazing work on the net. do let us know of the ones you like in the comment section.

Disclaimer: The images and links used in this post are the sole property of the makers of the series and are not owned by us in any form whatsoever.