I am not sure if you can instantly put a face to my name. I am just another cast member from the big budget multi crore Rupees flick which you directed this summer. Yes, I was there for roughly around 30% of the movie, but I doubt if anyone gave a fleeting glance at what I was doing throughout the movie. I was the facilitator, the shoulder (“kandha” in Hindi) and the guy who lends everything to the Hero, (often the Superstar, Megastar, Jubileestar and what not) just to make sure he sails along smoothly through the movie. My role in movies follow a set template. I never get a back story, no Sir! I enter the storyline whenever the director deems fit and make swift exits when I eat up precious seconds, because no one cares about what the Hero’s best friend feels, right! I happily lend my bike to the Hero to chase after the girl (dropping the bike mid-road without the slightest remorse), I arrange for the Hero and the Heroine to escape the goons, often at my own peril and during the climax, I give it my all to make the lovelorn couple meet. What do i get in return, you ask? Satisfaction, righteousness and a satisfied Director.

If you still want names, well, you can picture me as Vishal Malhotra (Mambo) from Ishq Vishq, where I was the comic relief and a one man entourage for Shahid Kapoor’s character. I even played second fiddle to Akshaye Khanna’s character in one of the 6 stories in Salaam-E-Ishq! You can also picturize me as Kunal Roy Kapoor (Nitin) from Delhi Belly. The entire movie revolved around my posterior and the bowel misfortune I was having! Why not, I do not have a leading lady to serenade, or villains to fight, so yes, i get the fart jokes! In Nautanki Saala, I was the suicidal Mandar Lele who had a lot of screen time and a back story, but in the end played matchmaker for Ayushmann’s character and his leading lady. I am also Mohammed Zeeshan Ayub  (Murari) from Raanjhanna. Don’t go by the name, because all romantic antics were being performed by Dhanush’s character and i was the quintessential best friend. In hindsight, Hanuman should have been an apt name for me. Things really looked south for me when I ended up playing best friend to Imran Khan! Here is the thing, if someone cannot act, please never hire a better actor than him to play a supporting role. Makes it a pain for the audience to watch mediocrity on a large screen. 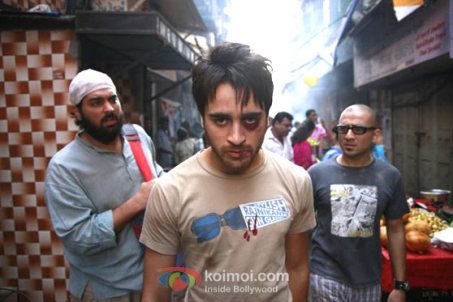 Let me be clear, I don’t want any leading lady to show my dancing prowess. I understand that my recruitment in the movie is basis the fact that i am a good actor, but in terms of looks, well, I am no eye candy. So I don’t dream big. The only thing I ask of you today, is a bit of acknowledgement. A short back story, few solo scenes where I am talking about my feelings instead of what my heroic Hero feels and an arc in the film which gets the character development which it deserves. Sometimes, I even see paucity in good clothing for my character, which is sad, yet true. Bollywood is changing for the better. New directors, newer ideas and better executions are observed in film-making. My earnest request to you is to give us our dues. Trust me, we have never failed the Hero in the movie, and rest assured we will not fail your expectations. Now i’ll return to my scene where few goons are harassing me before the heroic Hero bails me out! Yay! Good day’s work.

Disclaimer : The images used in this post are the sole property of the makers and are not owned by us in any form whatsoever.