On July 11, 2014, movie goers were left awestruck by something which has never been presented to them before—watching a bildungsroman of sorts, chronicling the formative years of a character (and the actor also) in real time over the course of a 12 year span, filmed for a duration of 3 hours. There have been many experiments and innovations in film making over the decades. From use of C.G.I. and 3D to actors going that extra mile for roles, movies have progressed in leaps and bounds. Yet, what Boyhood brought to us was something no one had seen earlier. We talk of Vision when it comes to directing, but what director Richard Linklater has shown in conceptualising and making Boyhood is audacity, coupled with vision of course. Even the actors, especially Ethan Hawke and Patricia Arquette, have to be commended for resonating with the director’s greater scheme of things. 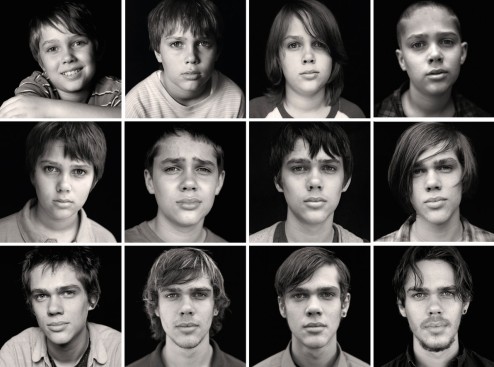 Boyhood started as a “Life Project” for Linklater where, instead of picking up childhood events in silos, he decided to focus on the developmental years of a child from his 1st year in school to his graduation year. Linklater cast Ellar Coltrane to play Mason Jr. and his own daughter Lorelei as Mason’s sister Samantha. Ehtan Hawke and Patricia Arquette played the parents who are divorced. The main idea was to shoot a few scenes every year for the next 12 years and stitch them together to tell the story of a boy’s journey from boyhood to the verge of adulthood. In this article we would cover the story of the development of Boyhood over the period of a few critical years out of the 12 which it actually spanned.

In May 2002, Linklater was in talks with various production houses to work on an script focusing on the parent-child relationship without dramatizing the narrative or focusing on anything in particular. IFC, the production house behind movies like The Babadook and Fury committed to providing Linklater a budget of 2,00,000$ per year for the next 12 years to complete the project. The cast could not put their contracts in writing as the De Havilland Law prevents contractual employment for more than 7 years. Moreover, Linklater told Hawke that in the eventuality of him passing away, Hawke had to complete his most ambitious work.

The filming started without a proper script. This was done intentionally to allow for more creative liberties during the course of shooting over the years. Various factors were accounted for, primarily among them were the growth of the two kids. Linklater had drawn the character arcs and prepared basic plot lines along which their graph will move. Young Ellar and Lorelei were given time to know each other and spend some time with Patricia to break the ice. Patricia even took the kids to art classes a couple of times to get acquainted and comfortable and it shows in the film, as both kids are at ease with her character.

The actors returned for the second year of filming for a few days. The sequence being shot was at the bowling alley where Ethan’s character takes his kids for a day out. But with such a movie, the issue of bringing the actors together every year is a hassle. Ethan was shooting for another movie, Assault on Precinct 13 in Canada, when Linklater requested him to fly down to Texas for a few days. Ethan obliged, but was soon asked to report back to Canada. The crew had a few hours to shoot the sequence and the most difficult part was to show Samantha bowling a strike. But as luck would have it, Samantha mowed down the pins on the second attempt and the shoot concluded just in the nick of time for Hawke to catch the last flight to Canada.

Serendipity and good luck helped the movie move forward. Guess such ambitious projects need their luck and things falling into place. Such an instance happened during filming in 2005. The sequences being shot were again with Ethan’s character and his outing with his kids. The mother, Olivia got married to a guy named Bill, but she allowed the kids to see their father once in a while. Both Mason and Samantha went with their dad for the midnight release of the latest Harry Potter book, Harry Potter and the Half Blood Prince in July, 2005 and later that evening to the Houston Astros game. Linklater had meant to shoot the atmosphere in the stadium and the spellbound reactions of the two kids. But he got more than he bargained for when one of the batters for their team hit a home run as the cameras were running. 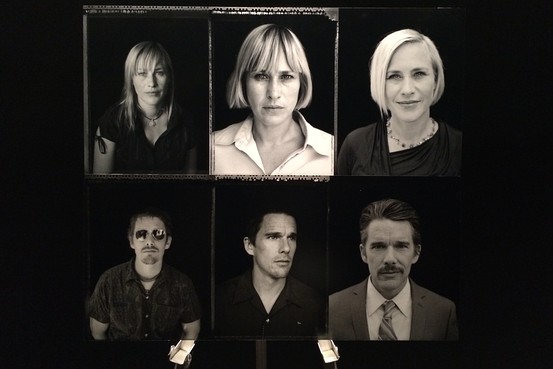 As Ellar grew up and became more and more involved in the making of the movie, Linklater started giving him space to develop ideas to show the growth, specially during the 10th year of filming. Most of his on screen looks towards the later part of the movie were Ellar just being himself. Even to the point where Linklater didn’t object to the acne and ear piercing he had got. They figured, Ellar and Mason are the same guy, separated only by a lens and so whatever development Ellar was going through in real live can be used for his on screen character.

It was the last year of filming and the 12 year story had reached a culmination with Mason going off to college. There was a small sequence in college where Mason is seen interacting with his roommate and his girlfriend. The movie ends as the teenagers go hiking at Big Bend Ranch State Park. Good fortune went hand in hand with the crew, as on the last day of shoot and the last scene, they captured the most glorious sunset as Mason and his new friend Nicole talk about life and show a genuine likeness for each other. Linklater hugged Ellar as the crew clapped for both of them and a realization as well as a sense of accomplishment filled their hearts as the dream project had completed filming and was ready for the masses to appreciate the hard work.

Fortuitous yet ephemeral good omen was what accompanied the small crew of this lovely movie in their quest to give the world something that has never been done. Cast and crew alike compare the whole process to a series of family reunions that they looked forward to attending each year. The cast members also attest it was one of the purest acting experiences they have ever had, since for more than a decade they didn’t even have to think about how their performances would be reviewed. When the movie released in 2014, accolades poured in from all corners. The movie garnered 6 Oscar nominations, winning one for Patricia Arquette for Best Supporting Actress. It has a rating of 98% fresh on Rotten Tomatoes and has touched a lot of people by its simplicity, yet grandness. Thank you Richard Linklater. 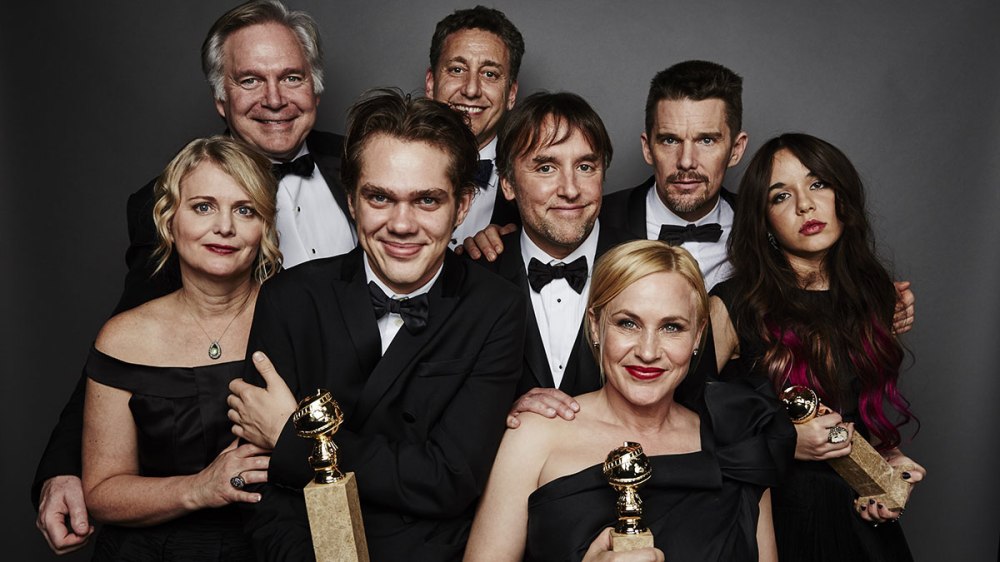