West Bengal, and specifically Kolkata is one of the most visually fascinating backdrops for movies and allows the director and cinematographer license for the avant-garde. And Sujoy Ghosh has been a fine exponent of weaving thrillers with seemingly unassuming characters having Bengal as an eerie and mystery-laden location. Be it Kahaani in 2012, Ahalya (one of the better short stories to come out of India) in 2015 and now Kahaani 2, Sujoy manages to use the antiquated look of the Bengal streets as almost another character in his stories.

Kahaani 2 marks the return of Vidya Balan in this thriller franchise which also addresses a very pertinent social concern, giving it a “why”-dunnit rather than the usual whodunit turn. Arjun Rampal plays a cop who assists Vidya in her pursuit of unraveling the mystery of her missing daughter. The movie has one of the best first halfs of the year. Each scene immerses the audience in the story of Durga Rani Singh (Balan) and takes us on the journey of the seemingly simple unmarried school worker and how her curiosity coupled with her emotions for a child tangles up her life. Vidya won a national award for Kahaani and here too, her portrayal of Durga and the extraordinary situations she gets into while helping a child makes us root for her. But Sujoy Ghosh gives it a delicious twist when we find out that Durga may not be what she seems, as the police terms her a criminal. Rampal looks honest in his role as a bewildered cop having hidden connections with the protagonist. He underplays the cop routine and it suits the sombre mood of the movie. The two young girls, specially the younger Minnie (Naisha Khanna) are both adorable and pitiable and makes the tribulations of Durga, justifiable.

The second half of the movie is a massive disappointment. It is as if the director goes on auto pilot from the intermission onwards. What worked well for the movie at the start was the mystery around Durga’s actions and her drive to find her missing daughter. The director serves just the right dosage of information to steer our inquisitive minds, but in the second half, the cliché ridden sequences and the seen-from-a-mile climax ruins what could have been a worthy, and dare I say, better sequel. The antagonists are the most disappointing characters of the movie as they seem to be picked from some daily soap with the usual repetitive threats and vengeance-mindedness. The director uses the background score to double up the tension and there are no music “breaks” in the movie which makes it a thriller in the truest sense. This could have been a great sequel to Kahaani, as Sujoy Ghosh appears to have most things covered here—a tight screenplay, fascinating performance by the lead and a social message to take home. What lets it down are the abrupt and weak conclusions to the threads and predictability.

The social message woven into the story is something we all need to care about. Child abuse is a very serious kind of crime happening in our society in silence. The movie manages to touch a chord with the plight of the young 6-year old, going through the harrowing ordeal of sexual assault. Many of us have known someone or even experienced this crime and yet, this is one such topic which often gets pushed under the carpet as the victims are voiceless kids who just do not know the difference between love and abuse and get sucked into such treatment and suffer for years. The director uses this as the central theme and makes the audience uncomfortable with the truth. This is solely the reason why I felt this could have been a better sequel had the story maintained evenness throughout. 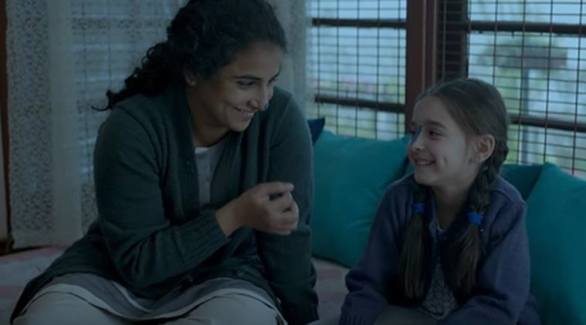 Kahaani 2 can be called a movie of two halfs. The first half is treated with such craft that we can forgive Sujoy for losing the grip during the second half. The movie is a one-time watch and if most of us get the message of child abuse being a more serious crime than we generally treat it to be, then I am sure the director has achieved a decent goal.

gobblpoint: A Vidya Balan movie assures the audience of a good story and an earnest performance. A case of what-could-have-been notwithstanding, this is a decent sequel, but if Sujoy plans on extending this franchise, he better pull up his socks.