There are three kinds of comedies which reside proudly in our “Comedy Series_English” folders. First are the ones deemed a must watch by critics and fans worldwide due to their universal elements and evergreen gags, like Seinfeld and Arrested Development. The second are the ones which are watched more due to peer pressure and repeated mentions in popular culture, like How I Met Your Mother and Scrubs. While the third kind are the acquired tastes, series which may be utterly disliked by a fraction while loyally followed by people who are more open minded in their preferences and let the characters and story grow on them rather than seeking instant gratifications. Angie Tribeca is one such series. It is a slam bang comedy where the jokes fly in from all corners, all the while, the actors appearing as deadpan as they come. It mocks all the cop procedural series over the years like NCIS, Law & Order, CSI etc and does a total headspin. 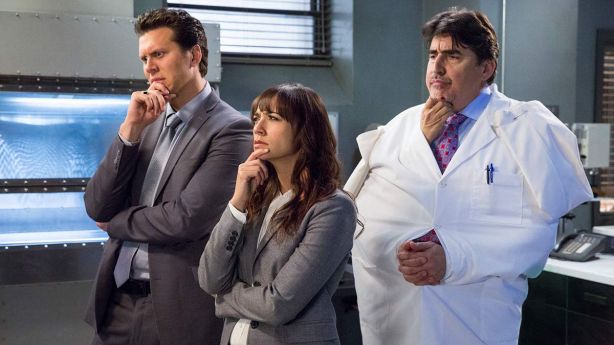 Angie Tribeca is the worthy heir to the cult comedy movies of the 80s like Airplane!, Police Squad, Naked Gun which made Leslie Nielsen a comedy legend. The beauty of those movies was the seriousness of the plot as a whole but the absolute goofy portrayal by actors who do not realize the joke in their actions. It takes special talent to act stoic and irreverent throughout the movie yet land jokes after jokes through absurd sequences. Angie Tribeca takes the cue from that and builds a series where there is a dog which is treated as a human, a protagonist who’s gender is often not acknowledged by her peers, gags running an entire episode et al.

Watch the best clips from Airplane in this link-

Atkins : “What do we know about this dead sushi chef?”

This is the kind of interaction which take place throughout the run time of each episode. Add to that clever one-liners sprinkled in adequate dosage in every sequence, which can be easily missed if you look away even for a few seconds. And this very fact makes this show such a  binge watch favourite. In fact, the first season of Angie Tribeca premiered with a 25 hour marathon on Jan 17,2016 on TBS. A bold move considering the risk of getting lost in the quagmire of comedy shows springing up every month. But the confidence on the content paid of, as the show has since acquired a dedicated following who do not mind repeat watching the episodes just to make sure they did not miss any joke or subtle reference. 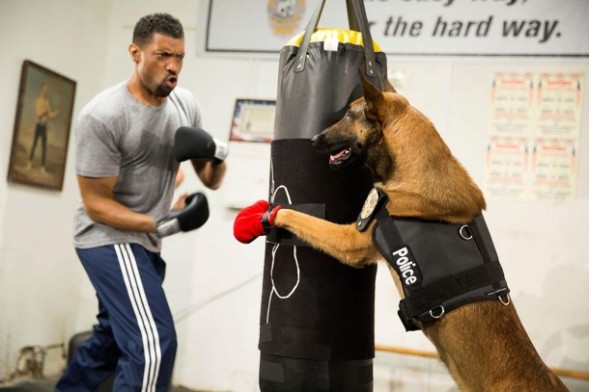 Oh, and did we mention that Steve Carell and his wife Nancy Carell are the brains behind this show. What started as a joke in their living room became a full fledged show in a couple of month’s time. Rashida Jones plays the titular character and kills it with her impeccable timing and an accompanying straight face. In fact all the characters follow suit. From Hayes MacArthur as Jason “Jay” Geils, Angie’s new partner and admirer to Jere Burns as Lieutenant Pritikin “Chet” Atkins, Angie’s boss, everyone plays a hard-hitting cop who just happen to be doing all things crazy. Rashida nails the tough woman cop look but also deliver wacky lines with as much conviction as Horatio Caine delivered those parting one-liners with black sunglasses on and a screaming “Yeah!!!!!!” playing at the background in CSI : Miami.

Mrs. Parsons: “I just really hope you catch the animal that did this!!”
Angie: “Thank you, ma’am, but we think it was a human who did it.”

The series has already been renewed for a third season and why not, TBS has at last found a proper comedy show they can bank on. It is very hard to get the humour correct in such a niche genre which is almost untapped. But thankfully, the show makers have got the tone just about right and have writers who are experts at writing multiple jokes per minute over and over again. Binge watch it already!

Watch a 10 minute Season 2 round up by TBS here-

Disclaimer: The images used in this post are the sole property of the makers of the series and are not owned by us in any form whatsoever.