Prohibition, in India, has had an alluring history. Throughout the Independence movement, prominent leaders like Gandhi have held a staunch perspective towards the consumption and ill-effects of liquor among the young who needed to unite in harmony and stand against the enemy. In an attempt to carry forward his anti-addiction policy, the Central and State Government have been playing around with the idea of complete prohibition in all the states without exception. However, this has always proven more difficult than had been anticipated. Being the diverse nation that we are, there are several states where liquor is considered to be a part of local traditions without which, perhaps, those customs would be half-fulfilled. Would you go ahead and stop people to consume Bhaang during Holi ?

Having said that, today, 4 states (Bihar, Gujarat, Manipur, and Nagaland) out of the 29 and 1 union territory (Lakshadweep or the Laccadive Islands) are carrying out a complete ban on any kind of liquor or liquor-based products.

Rahul Dholakia’s Raees is based in 1980s Gujarat when prohibition has already been in effect for four decades and bootleggers have established a blistering business around it. The opening scene shows such an establishment where local booze or desi daaru (country liquor) is being fermented out of vegetable peelings and industrial chemicals. You see women working beside men and children playing around as if this were a normal, everyday affair. The shantytown that Raees grows up in, is a close-knit community where people don’t think twice before helping out each other and protect every member from the vagaries of policemen and politicians. Qasim, the local liquor baron, employs Raees and other young boys like him as mules or look-outs against surprise raids that frequently happen in their district. The boys, most of who come from poor families, use the meagre wage that Qasim pays them to help out their families. After Qasim is taken out by the Law, Raees and his friend Saadiq (played by Mohammad Zeeshan Ayyub) are out of work. In dire need for money, they decide to try their hand with Seth (played by Atul Kulkarni), who is another liquor baron albeit with a much larger distribution and that too for foreign liquor. On a fateful day when curfew is being enforced and no liquor distribution is possible, the boys approach the man and offer themselves up as mules. The carriers are able to smuggle several bottles of liquor in their school-bags right under the noses of the unsuspecting policemen. That day onwards, Raees and Sadiq become Seth’s prized assets.

Several years later, Raees has become a seasoned bootlegger and aspires to start his own business. He, humbly, approaches Seth with the idea and asks him for a loan which could be the seed money to start his operation with. As expected, Seth is not happy with a proposition which may soon start eating into his own market share and revenue. This sparks the eventual fall-out between the mentor and his protege which gradually turns ugly.  Right around this time, a hardened deputy police-inspector is transferred to Raees’ town. Majmudar, played by Nawazuddin Siddiqui, is unlike the corrupt officials whose pockets are filled by the bootleggers just so that they would allow illegal consignments to pass through the state borders. Before long, Majmudar sniffs out Raees’s operation and threatens to wipe out his unperturbed business. The cat and mouse game between the two formidable rivals, soon, turns into a battle which can only end in collateral damage.

According to the film-makers, Raees is loosely based on the life of Abdul Latif who was a known associate of the infamous Dawood Ibrahim and was suspected of providing the RDX that had fueled the 1993 Mumbai Blasts.

Check out this article by The Quint : Where Fact Meets Fiction: Raees Alam vs Abdul Latif

However, let’s not be fooled. Raees is more of a fan-film tribute to Shahrukh Khan than about any other character in this story. Every sequence is an assisting transition that would lead up to yet another SRK moment where he would either be seen doing a slow-motion waltz or beating his competition to pulp in typical desperado style. In one scene, he chases a sharpshooter over roofs of buildings doing parkour like nobody’s business. It was not enough that a man, as under-privileged as him, rises to rule the burgeoning business that he needs to be a macho superhero as well. He unabashedly supplements these scenes with a flourish of – “Baniye ka dimag aur  Miyanbhai ki daring.” (Businessman’s mind and Miyanbhai’s daring) for good measure. Although, interestingly, almost nothing is shown about how shrewdly he manages to trump his peers and rise above them. After all, such businesses have intricate supply-chains, demand curves and logistics. You cannot expect us to believe in “Baniye ka dimag” if brawling with and murdering your opponents is the only Business plan you have. 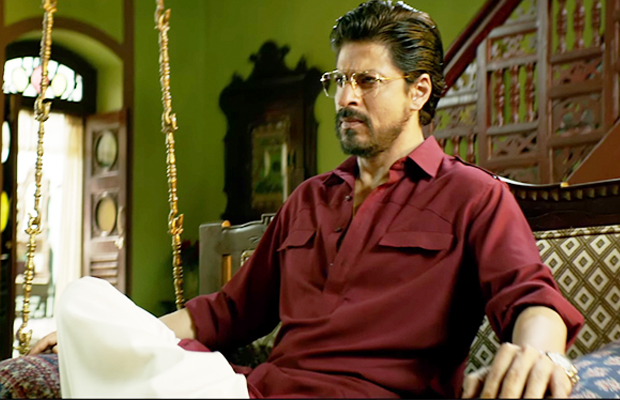 This is where the inconsistencies in the story begin to appear like chinks in the armor and the paper-thin screenplay begins to flounder. With SRK’s inflated presence biting through the screen-space, there is almost no place left for the script to explore the relationship between Raaes and Seth. The supposedly two decade old relationship is broken off in seconds without an ounce of complexity shown in talented Atul Kulkarni’s character. He is just that, a supplement for Raees’s character to move into a dimension of brutality. Nawazuddin’s intriguing character feels like a breath of fresh air in this monotone of a story and provides a much needed relief. Having said that, even he falls a prey to the perspective of the screenplay. Just when you say to yourself – “Ah ! Now he’s got an equal match !”, expecting a Catch me if you can situation, disappointment sets in as you come to understand that Majmudar is only going to do this one thing – deliver funny punch-lines through his mannerisms and eccentricity. Mahirah Khan, who plays Raees’ wife, gets a lucky break in this production without contributing anything to the overall plot. If the idea was to ground the gangster and make him introspect on his morality, the emotion falls far off target and ends up being just an annoying distraction. 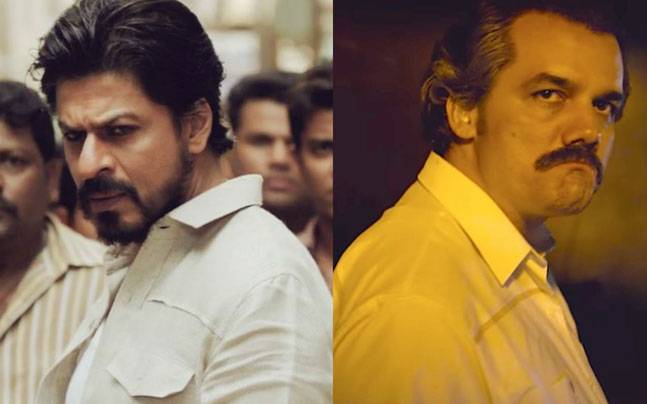 Interestingly, Raees has been compared to Pablo Escobar with several listicles being published about how they have an uncannily similar storyline. Yes, both of them were bootleggers and rose up through the ranks through their fortitude. Both of them cared about their communities and families. But that’s it. Escobar was not a hero. He was a flawed individual who was as complex as the business he surrounded himself with. His gradual transformation is believable as the writers are allowed to portray his struggle. As compared to that, Raees’ rise seemed like an effortless moonwalk into history books. Such a unidimensional portrayal doesn’t give the audience a chance to start caring about the character. When he exacts revenge, you don’t feel anything. When his family is harmed, you do not feel anything. It just becomes a story which is going through the motions and will end as it always does, fading away in the most predictable of endings.

Hopefully, Dholakia’s first foray into big-budget films taught him a thing or two about Business. Casting a big star has its own implications and production pressures, wherein you’re pushed to film keeping the protagonist centre-stage, so much so that he tends to become bigger than the story itself. That’s the most cliched of cardinal sins that a film-maker can ever make. In such a scenario, it behooves the Director to stay grounded and listen to the writers for once. You have much to learn, sir…

gobblpoint: SRK films tend to come like a festival in Tinseltown. If you’re a fan then you’d probably be unfazed by this rant. But if you’re among those who are looking for a better story, feel free to go watch Kaabil.