High-school is insane ! There, I said it. Never in your life would you be exposed to a bevy of emotions and a mountain of social pressure as you would experience in those few years. Besides trying hard not to make a fool out of yourself, you would also be expected to build a “solid foundation”, as your teachers would say, for college with seemingly unachievable scores and live with this deep-rooted fear every day that your life would blaze away in mediocrity if you didn’t work hard enough. It’s no wonder that teenagers often find themselves suddenly feeling the heat as they step into this highly competitive world from middle school. While some are sociable enough to create a close camaraderie of friends, there are others who just sink unto themselves. This broad personality divide was explored poignantly in the 2012 film The Perks of being a Wallflower. With a talented cast of Emma Watson, Ezra Miller and Logan Lerman, the story was a heart-warming soliloquy of how your closest friends ultimately leave in pursuit of their respective careers by the end of school. The people without whom you had never imagined your life, disappear somewhere into the giant world of strange creatures called adults. High-school, in the end, is all about realizing and accepting this transition in life.

Based on Jay Asher’s book by the same name, Netflix’s 13 Reasons Why is unlike any conventional high-school or teenage drama that I have come across in a long time. That’s a bold statement to make considering that this particular genre has churned out innumerable films over the past decades, making this an over-saturated space with little to work with from a film-maker’s perspective. The story begins with the backdrop of the suicide of Hannah Baker, a student at the Liberty High School. We hear the narrative in Hannah Baker’s own voice through Clay Jensen who has received a set of tapes having sequential recordings by the dead girl herself. As Clay hears the very first tape, we come to know that Hannah was about to tell the story of her death and what led her to it. Clay, who thought himself to be a close friend of Hannah, had been devastated by the sudden loss and was finding it hard to cope with the emptiness. Hearing her voice again in those tapes jolts him to the core but at the same time he is possessed by this mission to go through the recordings and try to understand why she did what she did. 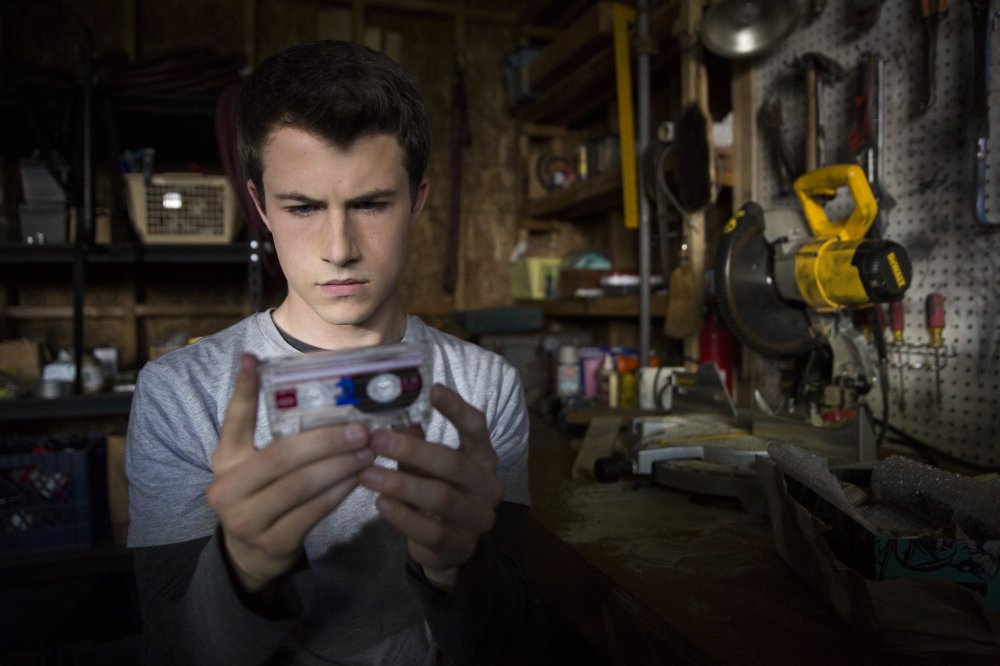 With every episode, interestingly titled according to the sides of a the cassettes (for instance – Tape 1, Side A), the life of Hannah Baker unfolds before our eyes and Clay’s. An increasingly dark aspect of high-school and its social structure is laid bare, as Hannah talks about each bad experience she had had with different characters which had in some way contributed to her emotional breakdown. As many of you would expect, these characters are not just the popular snobs who are mean to everyone, but just about every kind of person that you would encounter in that setup – the jocks, the sorority girls, the nerds, the introverts, the homosexuals…you get the picture. Each side of a tape is dedicated to one of these characters and we watch each of them evolve throughout the story, showing a truth which was completely the opposite of what appeared on the surface.

Clay Jensen, played by Dylan Minnette who we last saw in the nerve-wracking Don’t Breathe, struggles emotionally as he is made to live through all the moments he had spent with Hannah and as he watches her life through her eyes, finally understanding how she had really felt and how little he knew about her. Dylan brings a lot of authenticity into his character as a lanky, introverted teenager who is still coping up with existential crisis in the crowd. He has very little in common with his peers and often feels like the misfit. However, he is a sensitive young man and has the ability to understand the unsaid emotions of people. This is probably one of the reasons why he could find a close friend in Hannah who was a lot like him, a person who was liberating and without pretense. Katherine Langford is striking in her performance throughout the story as she goes through each turn that ends up changing her life forever. She is smart at times, and unusually silly at others. But whatever she does, she holds herself true and tries her best to do the right thing, which makes the premise even more tragic. Even before you have gone through the whole season, you become invested in this person whose fate you have already come to know.

13 Reasons Why grips you from the very first tape till the very end. It strikes the perfect balance between all the high-school fun and misgivings, and a more nuanced treatment of the insecurities every teenager faces during this time. It dives deep into the dynamics of relationships between friends, couples and families with such stark realism that you feel a part of the story, bonded through the memories of the unfortunate girl. Brian Yorkey’s adaptation of the best-selling novel is fluid and fast-paced where two different timeframes of Hannah’s past and Clay’s present co-exist without distraction. I can safely say that there are few stories that would be as unique as this, not only in terms of story-telling but also in terms of the premise and the way it is presented.

And so, I conclude with some of the million reasons to watch this one !

gobblpoint: One of the most fascinating methods of storytelling I have come across in years ! It has some of the best characters, a tightly written script, a sense of urgency – all the elements of a binge-worthy series…

Disclaimer: The images used in this post are the sole property of the makers of this series and are not owned by us in any form whatsoever.