As we approach the first half of Season 7 of Game of Thrones, we have had unexpected ginger-headed pop-star cameos, we have had bloody Pirates of the Caribbean styled sea-battles and we have even seen the much anticipated first rendezvous of ‘Ice’ and ‘Fire’. The plot establishment is in its final throes as the later half is slated to be one of the most exciting ones we have seen so far. But GoT is not just about strong characters and twisted plots. Keeping up with George Richard Raymond Martin’s penchant for killing off popular and often the most liked characters, every new season sparks a buzz about who would be in the next kill-list and how gory it would get on-screen. I mean, c’mon, who doesn’t like a good old head-chop.

This brings us to the very subtle title of this seemingly pretentious article right here. I know, I know Daenerys of House Targaryen is First of her Name, Queen of the Andals, the Rhoynar, and the First Men, Queen of the Seven Kingdoms, Protector of the Realm, Queen of Meereen, Khalessi and a potential Nobel Peace Prize winner, but hear me out as I put forth my morbid prophecy for the wannabe queen:

As readers and as an audience, we love character transformations. Jon Snow, Arya Stark and Tyrion Lannister hold special places in GoT fandom precisely because of the drastic metamorphosis each of them had had  to endure. Daenerys was no different when she was introduced. From living the life of exiled royalty to being her obsessive brother Viserys’ gamble-toy, and then as a Dothraki wife who knew nothing about the barbaric ways of the Khals, Daenerys’ journey has been that of survival and self-discovery. Having said that, the character arc has since then followed a linear trajectory in which her aim to seize her ‘rightful iron throne’ now seems like the whim of a difficult child. Her insufferable clamouring for the throne was also teased and taunted upon by Sir Davos Seaworth while he introduced his leige lord – Jon Snow, firmly establishing the fact that Snow had gone through an equally arduous journey. As Danny had no obligation to follow the footsteps of her father the Mad King, Jon too wasn’t obligated to follow the promise of eternal servitude that his ancestors had made to the Targaryens. Through this scene, subconsciously, the status quo of a born queen is brought into question. 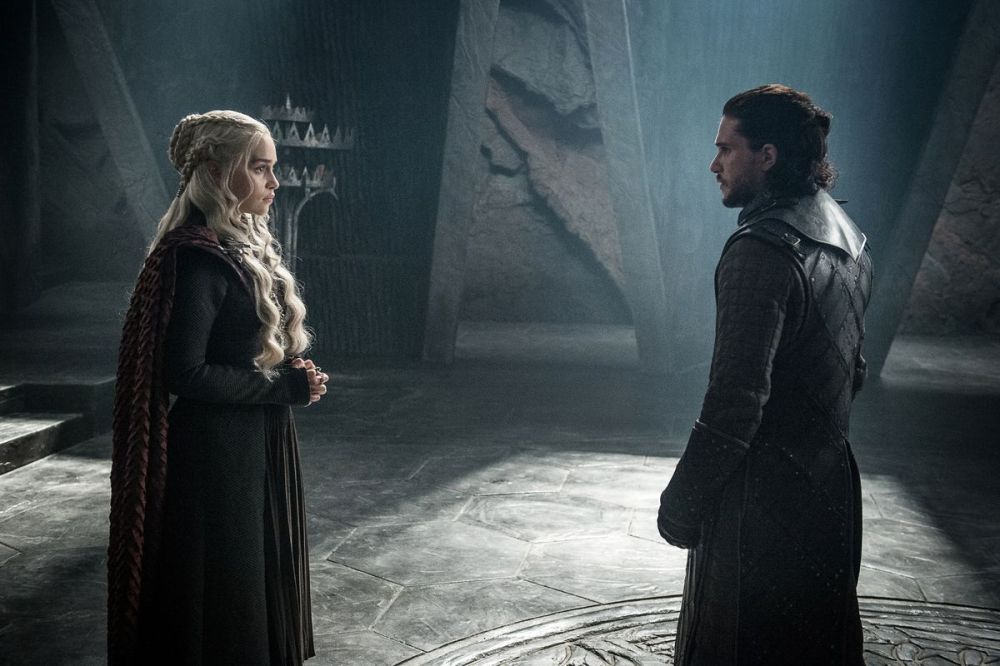 Conditioning us against the unexpected

If you have been following the series from the very first season, you probably know better than to attach yourself emotionally with your favourite character by now. With the abrupt beheading of Eddard Stark, the Warden of the North, we as an audience underwent a shocking psychological blow that completely changed the way we perceived the story. And this pattern has emerged time and again throughout the plot wherein a character is done away with just as we start getting used to them. Robb Stark, who was being hailed as the new warden who would lead the North and someday make his way to the throne, also met with a similar unforeseen end. The uni-dimensional arc of Danny puts her especially at risk as we have been deeply conditioned about her rightful claim to the throne that we have never really thought about an alternative outcome. You could even say – “She has to win the Game of Thrones right ? I mean she has dragons and has everything going right for her. She is righteous, has loyal followers and some of the most formidable allies. This is a no-brainer.” But is it ? Well, if you ask me – judging by GRRM’s track-record, Danny actually winning the throne would make for a weak finale. But her sacrifice while embroiled in a fierce battle with the white-walkers ? Now that would be something. I can actually see her flying over the blue-zombies burning them to a crisp, only to face the Night King’s wrath. Well, only Bran the Man would know the truth. Why Danny is not Azor Ahai

Almost every great work of fantasy has an underlying prophecy that defines the motives and actions of its characters. J.K. Rowling’s Harry Potter had one. And before that was cool, Tolkien’s verses written for The Lord of the Rings provided an eerie prelude to the saga through the following words:

All that is gold does not glitter,
Not all those who wander are lost;
The old that is strong does not wither,
Deep roots are not reached by the frost.

From the ashes a fire shall be woken,
A light from the shadows shall spring;
Renewed shall be blade that was broken,
The crown-less again shall be king.

The reason why I deliberately mention Tolkien’s poem named “All that is gold does not glitter”, is due to its subtle yet definite influence on GRRM’s The Song of Ice and Fire. In fact, every single line from the above verses can be attributed to a major character in Game of Thrones as:

All that is gold does not glitter, [a reference to the Lannisters]
Not all those who wander are lost; [ a reference to Arya Stark]
The old that is strong does not wither,
Deep roots are not reached by the frost. [a reference to Bran Stark, the three-eyed raven]

And that is not all. GRRM has introduced his own legend through the prophecy about the Azor Ahai as:

“According to prophecy, our champion will be reborn to wake dragons from stone and reforge the great sword Lightbringer that defeated the darkness those thousands of years ago. If the old tales are true, a terrible weapon forged with a loving wife’s heart. Part of me thinks man was well rid of it, but great power requires great sacrifice. That much at least the Lord of Light is clear on.“―Thoros of Myr (read the full article here) 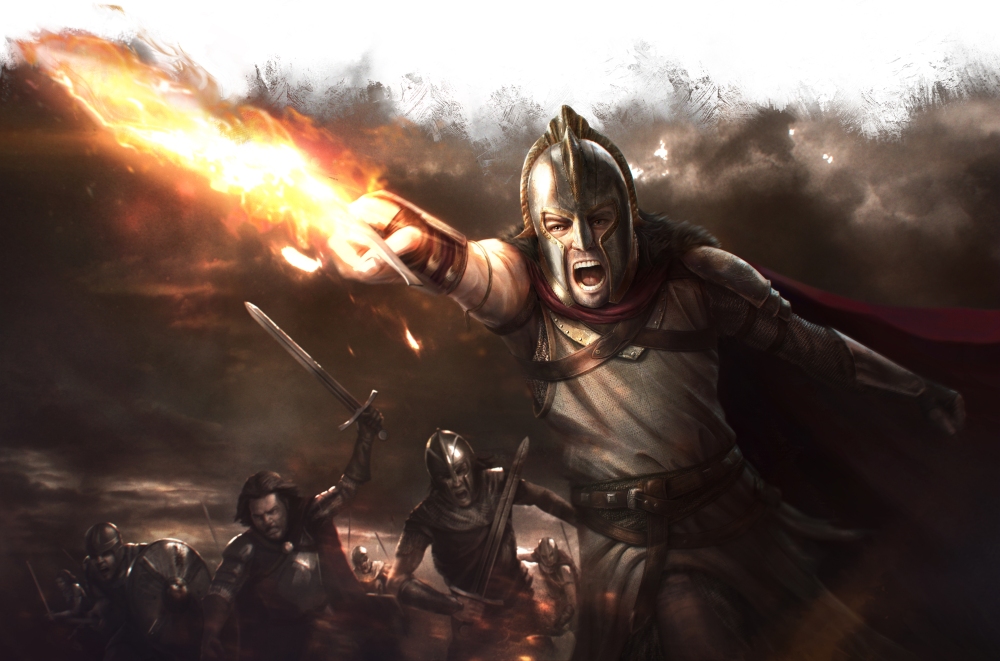 Judging by the words, you could say that the description is applicable to the rise of Daenerys as the champion herself, especially when you add the phrase “reborn to wake dragons from stone”. But there is no reference to any sword associated with her. All Valyrian steel swords that were Targaryen heirlooms were lost as:

So, no sword has ever been handed down to Daenerys as such.

But after the revelation about Jon Snow’s true origins through the confirmation of one of the most touted fan theories (R + L = J), we came to know that Snow is half-Targaryen. This changed the dynamics of the true champion as per the prophecy. Snow already has one of the few remaining Valyrian steel swords called the Longclaw, after Lord Commander Jeor Mormont handed it to him for saving his life from a wight. Add this fact to Snow’s singular motivation to stand up against the white-walkers, the prophecy seems to fit his profile for the most part at least.

So where does Daenerys fit into all of this ?

Well, romantics that we are, the most popular fan theory says that Jon and Danny would find love for each other through their alliance. If that is true, the prophecy doesn’t bode well for the wife of a potential Azor Ahai and that she has to sacrifice her life for Jon to reach his true power. This may become even more apparent once Bran reveals Jon’s truth to him and Danny also learns that she is not the only Targaryen alive. At such a juncture, Danny would remain to be no more than a secondary character who showed Jon what his true legacy was and what it means to be a Targaryen.

So far we have watched Danny’s rise with the premise that she is going to win the throne. For a change, keep the above premise in your mind as you watch the rest of the episodes of Game of Thrones and the series too going forward. Who knows, you might find subtle and subliminal indications towards the fall of this quintessential Targaryen that we have all come to adore.

Disclaimer: The images used in this post are the sole property of the makers of this series and is not owned by us in any form whatsoever.