After the meandering mess of Batman v Superman : Dawn of Justice, DC was in shambles. Zack Snyder, who had given us two of the best graphic novel adaptations in the last decade, in  300  and  Watchmen,  had become the Superman who had fallen from grace. Despite the visually spectacular cinematography that is characteristic of his films, BvS gave enough ammunition to naysayers through a Batman who had become ‘murderous’, a twitchy Lex Author Jr. who failed to evoke any respect as a villain and the troll-worthy ‘Martha’ moment which became the final nail on the coffin. The foundations of Justice League stood on quicksand. In this dreary hour, Patty Jenkins’ Wonder Woman came in like a breath of fresh air. Gal Gadot’s endearing charm and her infectious personality, gave us one of the most grounded superhero stories in recent times, beating Marvel to the solo female superhero film race. Although Superman stood for hope, it was Wonder Woman who had rekindled it. 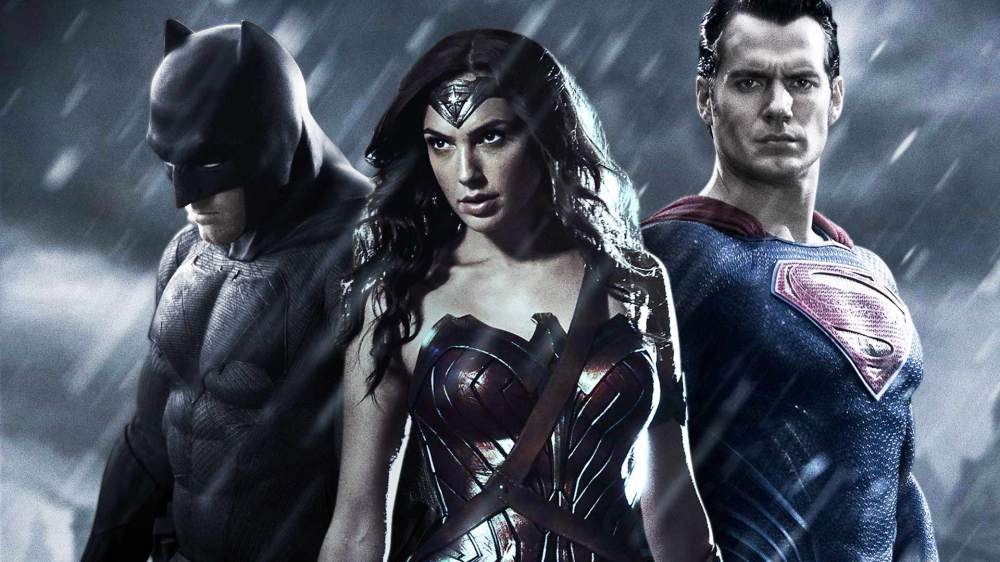 The production of  Justice League  was marred with challenges. With the abject failure of BvS, both conceptually and critically, came a lingering baggage of building a universe which had not yet been properly introduced. Besides the stories of Batman, Superman and Wonder Woman, none of the other members of the League had had their own stories yet. So, this meant that Snyder would have to build the universe almost from scratch by introducing three new characters – Barry Allen aka The Flash, Victor Stone aka Cyborg and Arthur Curry aka Aquaman – not to mention the Darkseid premise. Meanwhile, Marvel’s success at the Box-office with films like Doctor Strange, Guardians of the Galaxy Vol. II and Spiderman : Homecoming, pushed Warner bros. to put pressure on Snyder to ‘modify’ and ‘reshoot’ scenes which were too dark and gritty, adding a dash of humor wherever possible. For a creative director trying to create a universe with some of the most iconic characters in comic fandom, this can be a living hell ! But Snyder’s life was going to change forever and not because of the film. In March this year, Snyder’s 20 year old daughter Autumn committed suicide. The family was devastated. Handing over the helm to Joss Whedon as Director and Screenwriter, Snyder left the project to be with his family.

As support from fans started pouring in for Zack, Whedon took on the responsibility to take Snyder’s vision forward. This was promising to be a unique blend with Joss Whedon’s previously successful films that he directed for Marvel – The Avengers and Avengers : Age of Ultron. He was particularly suited for this role as he had experience with establishing superhero teams, and he was a Marvel insider who knew how humor was used as an instrument there. The fate of Justice League and DCEU seemed to be in good hands.

Also read: Changes made by Joss Whedon to Justice League

Justice League opens into a world devoid of hope. Superman is dead. Society which abides by morality only for the fear of a higher being, has descended into mania. Women, children and minorities are being persecuted. Criminals have found liberation. Although meta-humans exist in the world as we had glimpsed earlier in BvS, they are not self-aware. We see Batman fighting petty criminals in Gotham city while Wonder Woman has gone into hiding as a Restorer of Antiquities. Through his night-time wanderings, Batman also comes across alien creatures who are far from being petty criminals. Through multiple encounters with them, he has come to know that they can smell fear and are the harbingers of something much larger that was coming their way. As he realizes that war was imminent, he reaches out to Diana Prince and together they start recruiting the meta-humans that they knew about. From his meeting with Arthur Curry, Bruce tells Diana about the ‘three boxes’ and asks her about their significance. Diana is impressed that he had dug that out and tells him the story of one the greatest battles that had ever been fought. She tells him that the boxes held great power which, when united together, would allow this celestial devourer turn any planet into his own home-world’s “hellscape”. She called him the Steppenwolf. The last battle had united the Amazons, the Atlanteans and the Humans together where they had defeated him, sending him to a never-ending exile. Each of the boxes were, then, entrusted to the three races so that they could defend them for generations to come. Meanwhile, the ‘Mother’ Boxes had mysteriously started to call out to Steppenwolf from the Amazonian island of Themyscira, the undersea abode of Atlantis and from the Kryptonian ship in Metropolis from where Doomsday had been born in BvS. As it had happened in the ‘Age of Heroes’, the heroes of today would also need to unite to be able to face the hordes of Steppenwolf. But this battle may have collateral damage too. Although Diana was the daughter of Zeus, Steppenwolf was a God himself. There’s a possibility that none of them would survive. If only Superman were alive.

Zack Snyder’s signatures are all over the film and I am glad that the credits for Direction have been retained with Snyder as a tribute to his original vision. The screenplay is fast-paced as would be expected for a film that was aiming to establish a ton of elements within just 2 hours of screen time. Even though the gritty cinematography has been dialed down, it is still visually rich. The opening scenes with Batman crouching across the building as a menacing shadow staring at the thief on a rooftop is exactly how we know him to be. Snyder is especially adept at portraying Batman as the character is so close to the kind of characters he usually writes – dark, brooding, flawed and with a tight-set of principles. Wonder Woman, after Patty Jenkins’ phenomenal introduction, has become the most anticipated character in Justice League. After Batman’s dark and night-blue palette on screen, Wonder Woman’s entrance brings resplendent colour with it as she blows apart a gang of religious fanatics trying to hold innocents hostage.

After Batman’s dark and night-blue palette on screen, Wonder Woman’s entrance brings resplendent colour with it as she blows apart a gang of religious fanatics trying to hold innocents hostage.

But these were easy preambles as the audience already likes these characters. However, Barry Allen’s child-like mannerism quickly wins you over, despite the limited exposition provided about the character. Ezra Miller brings in a curious, nerdy allure of a person (not a superhero, mind you) who is fascinated by everything he sees, who is still discovering his powers and who is always hungry, thanks to his super fast metabolism which makes him a ‘snack-hole’ (black-hole, geddit?). The great casting continues with the towering, long-haired, buffed up Jason Momoa whose natural I-don’t-care swagger provides the authenticity that Arthur Curry would have. Everything he cares about is beneath the ocean. Again, there is zero exposition provided for this character or what powers he holds, besides Bruce asking him from time to time – “So, can you talk to fish?”. Victor Stone’s character played by Ray Fisher is different from the others. He is still coming to terms of the fact that he should have been dead, instead of living inside a mechanical body made with traces of one of the mother boxes found in the Kryptonian ship. His positronic brain or whatever is inside his head is being bombarded with digital information and that allows him to know ‘everything’ that is out there. He is what you would get if Robocop and Iron-man married and had a child. For him as well, there is hardly any exposition.

Liking a character after you have been spoon-fed their individual story for 2 hours, is a relatively easy feat to achieve. You get enough time to get invested into the person, their sensibilities and their flaws. However, warming up to characters without knowing anything about them is something that has its own appeal. Isn’t that how we fall in love? Would you have married your wife or husband if you knew every single thing about them? Probably not. You fall in love with the idea of something and then get to know them better while you are with them. This is just another style of story-telling and Justice League might just have pulled it off. The dynamics between Bruce and Diana as they realize that both of them find it hard to let go of their mistakes easily; the dynamics between Batman and The Flash where the former sees latter as a young powerful little protegé calming him down on the face of peril – “Just save one human being. Just one. You’ll know…”; the dynamics between Aquaman and Batman as they tease each other with an unsaid mutual admiration; and, finally, the camaraderie of the whole team figuring out how to put their ‘skills’ to use with Batman as their natural leader and Wonder Woman as their inspiration, is a treat to watch.

Quirky fixable – The running action of The Flash : Right now it looks like he is flinging frisbees while he runs. Someone please fix this asap ! The audience laughed on more than one occasion during the slo-mo sequences of The Flash running with light speed. This is supposed to be cool! C’mon!

Having said that, Justice League was not perfect. There are moments when you would feel that scenes have been cut abruptly to another scene, without any transition. I am not sure if that was intended or just sloppy editing but they are distracting enough to throw you off a bit. Although the plot is based on a simple premise, there is just so much happening simultaneously that it might become a sensory overload as had happened with BvS. There’s another element that I feel DC should stop avoiding altogether and start bringing into their stories in a full-fledged way. In the film, Steppenwolf unites the three boxes in an town in Russia that has long been abandoned due to some kind of nuclear accident. This conveniently saves the film-maker from having to shoot scenes in a bustling city like New York for instance. But thats also one of the allures of such superhero teams. Even though the stakes were high with Steppenwolf and the planet’s life was in the balance, the peril doesn’t seem real for the audience until we get to watch buildings getting destroyed and people running for dear life. That’s not because we are sadists but we love watching people being saved by superheroes in an urban setting where there’s a lot that can be destroyed. The film does compensate by putting a family in that locale who are saved by The Flash, but it just doesn’t have the same enormity of impact. This is what made The Avengers so memorable, in my opinion.

Even so, Justice League does not deserve the flak that it is getting right now from critics.  It is definitely the most entertaining and visually stunning DC film in recent times. Instead of individually great moments sprinkled incoherently throughout as with BvS, there is a convincing story woven around the characters that the audience can invest into. The humor is not over the top but just in the right doses which makes Marvel films look like an episode of Teletubbies. The action sequences give you goosebumps and no one, I repeat, no one does it better than Snyder. As mentioned by several critics despite their bad ratings, DCEU is most certainly moving in the right direction. Justice League would only grow hereon as the upcoming solo films will give us the long pending back-stories of the characters: 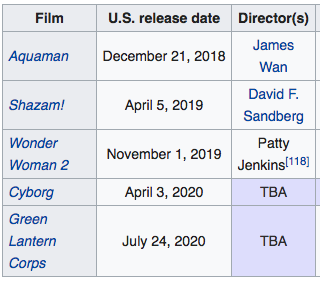 Pro-tip: Stay back during the end-credits…ahem…

For now, I would say Justice has been served !