2nd May 2008, the date on which we all witnessed and fell in love with an eccentric billionaire who flew into our hearts and minds, wearing a metal suit, and entertained us with his arrogance and witty one-liners. Thus began a tumultuous love affair with a movie universe which blew our minds with Iron Man/Avengers, pleasantly surprised us with Winter Soldier/Ant Man, took us on a laugh riot with GoTG/Thor Ragnarok and downright disappointed us with Doctor Strange/Civil War (I know people are going to hate me for this).

However, within this humongous universe comprising of 17 released movies, 6 unreleased or planned movies, 5 short films, and 27 MCU tie-in comic books, is the not so popular Marvel TV universe, which ties in to MCU but has a life of its own. It started with the amazing Agents of S.H.I.E.L.D, which keeps getting better season after season just like a good vintage wine. Then came Agent Carter, the period crime/spy caper that brought in a female protagonist in the form of Peggy Carter to headline the show (BTW still upset over the cancellation of the show after 2 seasons).

That being said, we are not here to talk about this larger TV universe as well. Within this TV universe is a mini universe (universe-ception!?) of superheroes in New York City, who are your average Joes that just happen to have something special about them. Among these super powered regular people, is a character with no super power whatsoever but is, by no means, a regular person. The second season of Daredevil introduced us to the character of Frank Castle, as a man out for revenge on the people who killed his family, a supporting character who quickly became a fan favorite.

When Netflix announced Punisher as a solo TV series, I remember feeling excited about the prospect of seeing this character in an all-guns-blazing TV series with absolute carnage and the trailer (which BTW was the most amazing Marvel trailer I had seen in a long time) promised the same. Now considering that this series was being released after the disastrous Iron Fist and a very mediocre The Defenders, I really wished the show runners would do more justice to this amazing character.  So come D-Day, my roommate and I did a 13-hour straight marathon and boy, were we hooked by the opening scene!

The series starts with Frank Castle killing the last person on his list of people who were involved in the shootout, which had resulted in the death of his wife and children, and then burning his iconic skull-printed vest before retiring to a mundane life of quiet for six months. What follows is, a look at Frank Castle as a person who has lost everything and not as “The Punisher” who shoots first and asks questions later. We see a Frank Castle who has no purpose in life and is haunted by the visions of his wife and kids. We see a tortured father, an angry husband, a veteran suffering from PTSD due to the black ops he ran for the CIA and the things he had done in the name of protecting his country. The first few episodes hardly have any violence and as much as I wanted to see the guns blazing action from the get go, the show-writers’ efforts to introduce us as to Frank Castle – the person, really helps in establishing a connect with the character.

Jon Bernthal plays the titular character and portrays it to perfection by playing it as two different people. As Frank Castle he is vulnerable, he is lost, he is haunted by the visions of his past. However, when the black shirt with the skull comes out, you had better run. Cause then it’s just carnage and destruction. I remember the scene where the secondary antagonist of the series Rawlins played by Paul Schulze ties him up and beats him to a pulp and the only thing that kept him alive was the singular focus on the fact that the person who killed his family is still alive. The amount of beating he takes in that scene can literally put Rocky Balboa to shame.

As the story builds up, we get introduced to a few new characters who threaten to pull Frank out of his self-imposed exile and put him right back into the thick of things. Ebon Moss-Bacharach plays a disavowed NSA analyst David Lieberman (aka Micro) who the world, including his family, think to be dead, much like Frank. The character is very different from the comics which portrayed Micro simply as Frank’s weapon supplier. Here we see Micro as a man trying to get his life back after he had to fake his death at the hand of Homeland Security for trying to expose the crimes committed by CIA during wartime. Frank becomes his only hope at redemption since Frank was the triggerman for CIA at the time. What forms as an uneasy alliance between the two, develops into a friendship motivated by Frank’s desire, deep-down, to reunite a father with his family.

Ben Barnes, who also played “Prince Caspian” from Narnia and also from Dorian Gray fame, plays Billy Russo, Frank’s Marine Brother-in-Arm, best friend, and ultimately his biggest nemesis. We see Billy as a very gray character, again very different from the comics, who holds his Marine Values and bond with his Brothers-in-Arms to the highest regard which constantly clashes with his ambitions to rise to the top of the hierarchy in the world at any cost. The dynamics between Billy and Frank from a Marine Brother to the person, who was responsible for the death of his family, is something to watch out for.

Amber Rose Revah plays the tough Homeland Agent Dinah Madani, who returns to New York from Afghanistan after her superiors shut her down from investigating the death of her partner at the hands of a rogue CIA faction with whom Frank and Billy were involved. Amber plays a driven Homeland agent with an itch she cannot scratch and keeps investigating the death of her partner, which puts her in the way of Frank Castle.

As with all the other Netflix Marvel series, we see a few characters who cross over. Deborah Ann Woll plays her character of Karen Page as irritatingly as ever (Let the guys do what they got to do Karen! Stop interfering all the time!). Rob Morgan as Turk Barret, the thug all the superheroes like to punch around for information. Surprisingly enough, Rosario Dawson does not reprise her role as the nurse for superheroes, Claire Temple, considering Frank needed stitching up almost every episode.

The show-writers address throughout the series the serious issues of PTSD among war veterans through the suffering of Frank and many other supporting characters who feel betrayed by their own country they had sworn to protect. The series, at the risk of digressing from the main story line, shows the life of another Marine, Lewis Wilson, who is a part of Frank’s group therapy for war veterans and his struggles of leading a normal life, which ultimately makes him snap and bomb a federal building. However, I felt that the integration of Lewis’ character in the story could have been much better without causing a major deviation from the main storyline. Another popular debate in America that was very briefly touched upon through the character of Lewis, was Gun Control. Now this can get tricky, as you are talking about gun control in a series where the protagonist is spraying bullets everywhere. The issue is so superficially touched upon that it almost feels like the studio forced the show-writers to touch upon the issue considering the current climate in the country.

All in all The Punisher ably redeems the Netflix/Marvel Mini-Verse after the last two debacles of Iron Fist and The Defenders. I, for one, am very excited to move onto the phase 2 of this mini-verse with Daredevil, Jessica Jones and Luke Cage new seasons announced for 2018. 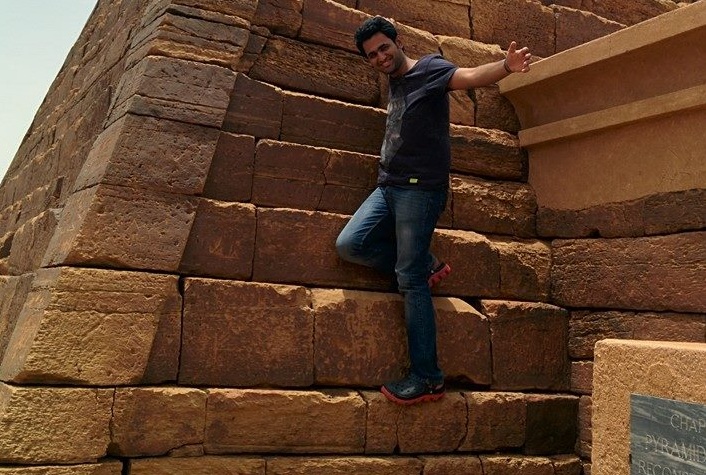 Auditor by day, Batman by night (I wish). Will watch movies all day if paid for it (paapi pet ka sawal hai). Can watch anything from Nolan to Michael Bay, Brando to Ashton Kutcher, Bacchhan to Johnny Lever. Although I love Hollywood movies more than Bollywood, when it comes to music, Hindi music is life <3.