We have grown up hearing the glorious statement that – “India is the largest democracy.” But what does that even mean? To be honest, I had never really thought about the idea of our nation being the world’s largest democracy, but when I asked myself the aforementioned question, I came up blank. Like a diligent journalist, I resorted to the good old google search. If I go with the literal meaning of the statement, we are the largest population of people who actively participate in the democratic process. In fact, in the 2014 General elections, no less than 814.5 million were eligible voters. To give you some perspective, US is the 3rd most populous country in the world after China and India, and it’s population stands at 329 million. This means that, hypothetically, the vote-bank in India would be the third largest country. Well, this explains a lot of things, doesn’t it ? When you dream of ruling a population of this size, you better be serious, and you better be ready to get your hands dirty. This also means that one single party cannot really govern such a demographic which is spread out across 29 states, each with its own unique culture and social construct. Even a Bi-party system won’t be enough to run the Government as it does for United States and several other nations with manageable population. 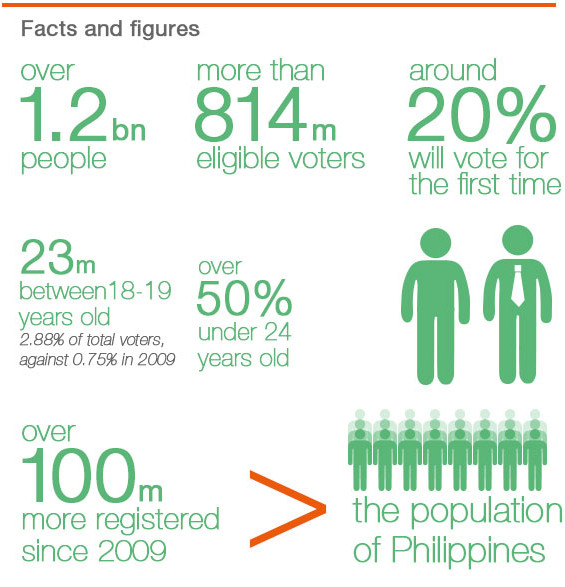 This is where governance gets tricky. A multi-party, decentralized government sounds like a practical solution but it’s easier said than done. Where there are multiple voices, there is bound to be dissension. Where there’s dissension, there’s bound to be politics. Movies like Rajneeti have been able to capture the dark side of this game of thrones – the mudslinging, the racketeering, the physical and mental assaults that power-hungry candidates indulge themselves in. This year’s official entry to the Oscars Newton showed us yet another aspect of the election process that had been hidden away from the mainstream public. Even though we have a gigantic vote-bank, getting that mass of people to the polling booths is another story in itself. When you are a wildcard and have no public service to present to your potential voters, what would you do ? You want that seat. You want that power in your hands. And you are sitting on piles of black money. You would hire goons who would beat up people who had had the audacity to vote for your opponent. You might even go a step further and burn down the polling station, along with the EVM machines and the votes registered within it, with a flourish.

Stories like these are instrumental in showing us the big picture but then, they are fictionalized accounts. The only perspective we have of our real-life election candidates is through their extravagant promotional campaigns. Our highways are adorned with more political hoardings than road-safety signs. Big parties like BJP and Congress have assumed the form of giant conglomerates with multi-crore ad-campaigns that flood our TV sets every election. Every candidate is portrayed as a Breaker of Chains, a Destroyer of Corruption, a Cavalier of Development and what not. If you are confused by Apple’s line of products, try watching the political ads during Elections. Urbanites like you and I are still connected to social media, which still disseminates some of the crap that’s spewed but walk into a rural community without internet, and you’ll realize that they are left completely vulnerable to whatever promises a certain party karyakarta makes to their sullen faces. Garnering their loyalties with cash, alcohol and false promises, they get an instant vote-bank and rise to power.

In such a dystopian premise, the responsibility to show the truth falls upon the Media and the Journalist fraternity. Documentary Film-makers like Michael Moore have now become powerful voices through films that are deeply researched and presented to cut through the BS, and dole out the essence of our representatives. However, the Political documentary space in India is largely untapped as of today. Search for ‘Political Documentaries India’ and you will get a handful of names like Final Solution (2004) by Rakesh Sharma, War and Peace (2002) and Jai Bhim Comrade by Anand Patwardhan, and the recently released An Insignificant Man by Khushboo Ranka and Vijay Shukla. Crowdsourced from about 740 volunteers, the latter brings forward unreleased footage of the journey of Arvind Kejriwal from an RTI Activist to entering the boxing-ring of politics. The format feels largely like a chronological collage of significant events and unseen moments, rather than being narrative. Yet the screenplay is coherent enough to tell an underdog story. Kejriwal was an oddity in the cut-throat Indian Political spectrum, leaving his cushy IRS officer job to becoming an RTI activist. He was a typical Indian who was exasperated at how corruption was eating away the country and how we had become desensitized to it. But unlike the common man who is too wound up in his baggage to set out on the streets to express his innumerable grievances, Kejriwal decided to take the matter into his own hands, aptly naming his party as the “Aam Aadmi Party” (Common Man Party), aiming to represent R.K. Laxman’s Common Man in all his romance. Where Parties today were being driven by toplines and vote-banks, here was a man who wanted to be transparent and truly self-governed. He dreamed of a utopia where people decided each and every aspect of their fates, rather than falling prey to the farce of politics. Despite the commercialization of the name, Kejriwal was probably the closest thing that we have had since Gandhi.

Despite the commercialization of the name, Kejriwal was probably the closest thing that we have had since Gandhi.

Even without a formal narrative, An Insignificant Man puts together its moments carefully, capturing rare emotions from the protagonist. Kejriwal was an humble man even before his victories, but watching him brief his fellow party-workers and sharing his ideas provides a never before seen insight into how AAP was formed from the ground up. There are interactions and conversations that would make you feel as if you were the ghost in the room, hovering above everyone and seeing everything. Only in such moments of candour can you ever see a politician as a human being. On camera, everyone is prepared to say the right things and act the right way, but how do they act when, seemingly, no one’s watching. Interestingly, there’s a scene where we see the then incumbent Chief Minister of Delhi Smt. Sheila Dikshit putting in her nomination for the elections and jibing about Kejriwal with her fellow politicians, unaware that she was being recorded. Yet another scene shows a Congress spokesperson stand up after a TV debate is winding up, and quip to AAP member Manish Sisodia – “Abhi to aap theek se chalna bhi nahi seekhein hain” (You haven’t even learnt to walk properly). Knowing where the party will reach in the future, it’s interesting to see how some experiments when done from the heart, do actually take root and sway governments.

Political discourse is a touchy subject in India. Due to the constant retorts coalitions and parties throw at each other, the water appears muddy with no clear leader who can take responsibility of the nation. As a citizen, you are always forced to choose the lesser of the two evils. Having said that, it is important that the lives of the people who we choose to represent us are transparent at least professionally. Unlike a Bollywood actor, public servants cannot claim the right to professional privacy because they are answerable to the public. Therefore, for a more effective democracy, it’s very important that we see the background of the decisions our leaders make. Their lives cannot be confined to the stories that are woven by the media for TRP. For instance – it would be intriguing to watch a documentary on former Prime Minister Shri Manmohan Singh and his stint as the ‘silent PM’. What were his thoughts when Congress was knee-deep in scams ? How did their internal discussions go ? Why was he so ineffective despite being one of the most qualified PMs ever ?

Young film-makers today have an involuntary responsibility and a unique opportunity of being in a position of dispelling propaganda and asking the right questions. In a politically rich country like India, there is a mountain of issues just waiting to be dug up and unravelled for the people to see. The rise of the AAP was a political miracle of sorts and it made for a great underdog story as well. As Co-director Vinay Shukla quoted in one of his interviews with VICE – “What we saw, was more cinematic than cinema itself…”. Such stories need to be documented for posterity, so that we can understand the motivations of people and why they do, what they do. Our leaders need to be brought into conversations. The political process itself should be opened to allow film-makers to capture the ugliness and the beauty of it. We are, for better or for worse, the world’s largest democracy after all. And we owe it to ourselves.

You can watch An Insignificant Man here: