The occult is a subject seeped in esotery, reinvigorated only by a deep-rooted unease to understand life after death. Some religions use this inherent fear by promising a ‘later reward’ that would be bestowed upon you, given that you have lived your life righteously, while others project a bleaker future of eternal damnation like getting reborn into lesser life-forms or even worse. Ghost stories, however, fall somewhere in between the two polarities, revolving around spirits or souls stuck in a limbo between the two realms of existence. Due to the lack of authentic attribution to the nature of such stories, film-makers are allowed a wide scope for creative liberties in terms of story-telling and execution. Thanks to the richness of the centuries of lore already available, we have films ranging from demonic possessions such as The Exorcist, satanic resurgence such The Omen, witchcraft such as The Blair Witch Project, malevolent entities such as The Nightmare on Elm Street, among others. Then there are films with a more spiritual appeal wherein the human side of the dead is explored through films like Ghost. 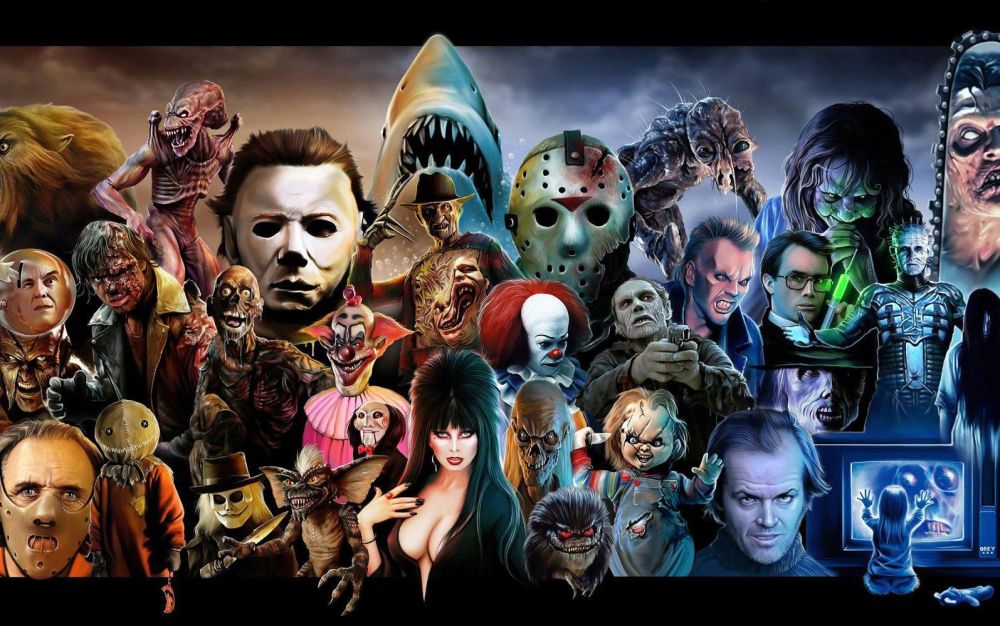 As unrelated as these various genres may sound, they all share one particular characteristic. Each of these films have all the elements of mainstream cinema – innocent subjects, inexplicable circumstances, the messiah and a pseudo-victory over evil. And its not surprising too, as this template allows for film-makers to play around with a lot of elements and stories, making it very easy of them to keep the audience distracted and engaged. What if, you took away all these usual tropes from the genre ? What would really be left behind ? There would be no malevolent music as a cue that something was going to happen. There would be no jump scares. There would be no possessions or gruesome accidents. How would that story be?

David Lowery’s A Ghost Story is an experiment in minimalism. Regard the unassuming title for a moment. It’s not adorned with the typical adjectives that are usually attached to ghost-stories to condition the audience about its content. Its not Insidious or Haunted. Its just a threadbare name, reduced to its bare minimum without the additional frills that overpower your senses. A musician and his wife have moved into a new house. They are just starting their life as any average couple. Everything is not perfect but they love each other. And its poignant to the point of austerity. There are no gooey-eyed conversations or “join me in the shower” tropes (that’s when someone usually gets stabbed). Lowery just puts you in the midst of a moment, as they are snuggled up on the couch, their fingers intertwined as trying to figure out what’s on the mind of the other person and why am I not able to understand it. They are there together and yet looking at different futures somewhere far off in the distance. One night as they are sleeping together, they hear something fall on the piano. As they rush to it, they see that there’s nothing out of place. Quickly, the puzzling moment fades away from the screenplay. Many days or months later, there’s an accident and the Musician is dead. 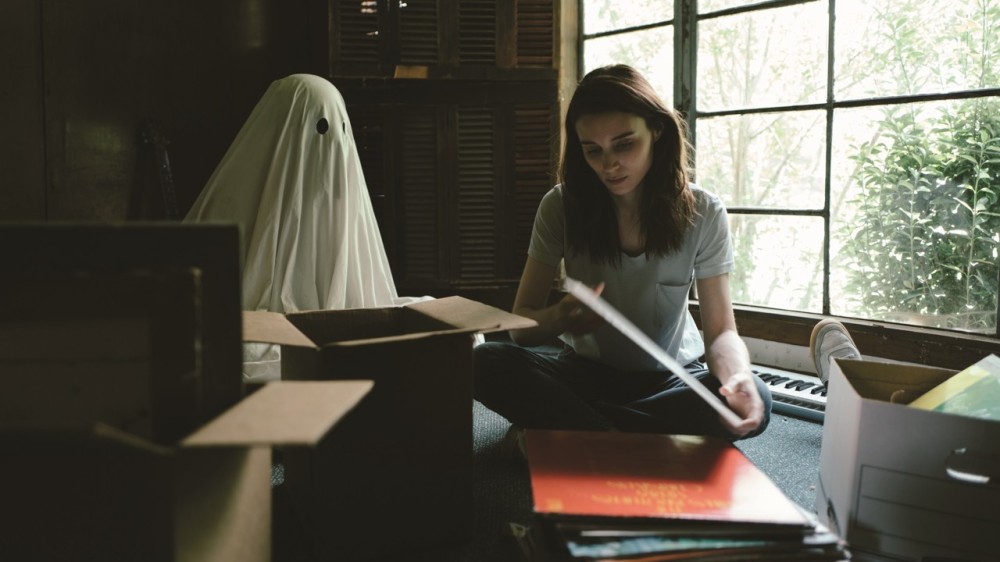 The wife/girlfriend, played by Rooney Mara, identifies the body at the morgue. Even this supposedly emotional scene is very subdued. The woman is stricken with grief but she doesn’t break down in the frame. We hear her footsteps as she walks out. Nothing else has changed as the frame remains fixed at the body covered in a white cloth. It is intriguing how the human brain starts to add its own drama elements when a traumatic event has just happened. The musician’s personality is very likable, as played by Cassey Affleck. It’s undeniable that he loves his partner very much but he doesn’t want to move houses again. For some reason he loves the place. As we watch the body lying there for as long as three minutes, there is no background track other than the distant ongoings of the hospital and the sound of our own beating heart. Your brain prods, “Wake up, wake up…” and then he does, as simply as he would wake up in the morning. However, he doesn’t take the white cloth off. It is as if, it has become a part of him now. But something has changed. There are two circular holes where he would need them to see, just like a child would do when he is pretending to be a ghost.

Even though we already know the man who is under that cloth, the ghost now attains a very different personality. It is disoriented as it walks through the hospital corridors, dragging the cloth behind him, invisible to everyone. We know he can cover large distances as the scene is cut to that of a vast green field and we see it standing in the middle of it. Instead of a typical malevolent ghost introduction, Lowery presents us with a montage of still photographs with the ghost in each of them, standing quietly in the corner, as if it were trying to be a part of the furniture and the mundaneness around it. There are no dialogues or any of the stereotypical angst that makes a ghost go mad. It has just become a different person who now exists in a different realm and can only feel regret. The musician’s ghost is transcendental. It travels to places. It also travels through time, always to return to the last moment of its life. However, there is no CGI or portals that are conjured up. They are just short scenes with a caped figure quietly observing everything from the background. 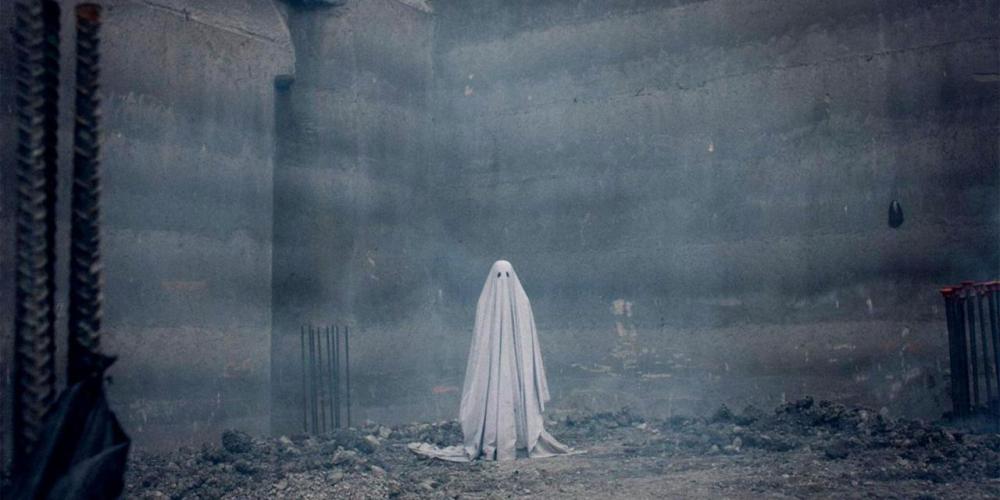 This repetitive cycle of life is almost a direct homage to the Bhagvad Gita. It is not filled with anger, just an unending loneliness as you can not do anything but live the sequence of your life again and again, until you find closure. Andrew Droz Palermo’s cinematography is stark and colorless. It is a vision of a newly rehabilitated addict. Nothing has a purpose. The people who were your orbits have moved on and do not miss you anymore. A Ghost Story is not the narrative about supernatural events. It’s just the story of life after death. And yet in its simplicity, it provides a glimpse of a punishment which is far graver than it appears. The theatrical appearance of the ghost takes away all the distractions and puts its loss into perspective. What we are, finally, left with is a deeper appreciation of what we have and the people who care about us.