Marvel Cinematic Universe becomes the latest prominent series of movies which becomes Deggan’s rule compliant. Superhero movies have recently drawn flak for being mostly white washed and one dimensional. Black characters were left in the fringes doing the dirty laundry work or in comedy movie parlance, being the Jonah Hill to Channing Tatum or Chris Tucker to Jackie Chan. 18 movies and 10 years after the Universe was created by Kevin Feige, we have a superhero movie with black characters and more importantly draws an idyllic picture of Africa with resources abound and a civilization which is generations ahead of what the rest of the world has seen. Africa has been hard done by in movies, but Black Panther shows what Africa is in it’s true sense, a reservoir of riches. 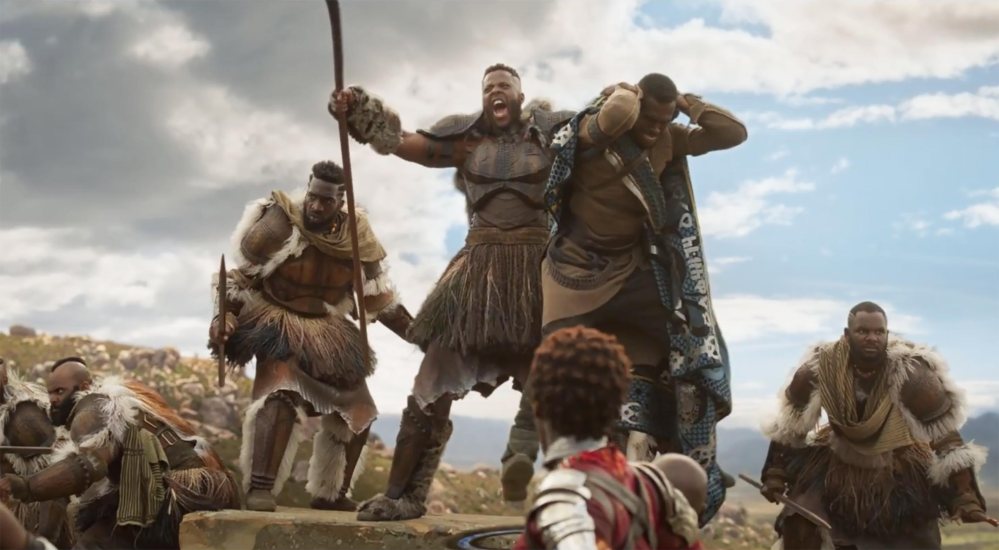 Black Panther is exactly the reinvention which Marvel needed. Audience fatigue has been discernible over the last few years, although refreshing new characters and a good dosage of humour always made Marvel movies a good experience, still, something seemed hollow. Guardians of the Galaxy followed a group of misfits in an inter-galactic sojourn and earned Marvel millions and reinstated trust among fans. What Black Panther achieves is making a family story out of a typical superhero origins movie. T’Challa is a born leader but struggles with political contretemps and a legacy which quickly takes a turn for the worse for his country of Wakanda. Chadwick Boseman is the perfect choice for playing the crowned prince elevated to the throne. He is very likable and has a righteous ruler’s aura while fitting the bill perfectly to play a physically superior superhero. Boseman particularly shines during his conflict with challengers from within his subjects or against his nemesis N’Jadaka (Michael B. Jordan). He reminds us of the equally righteous Captain whose ethics and leadership instantly clicked with the audience and he became the leader of the Avengers pack. Chadwick Boseman’s is a classic underdog story, where he came from oblivion to land the role of one of the famous Marvel’s characters. His last role of some repute was that of Jackie Robinson in the sports biopic ’42’. Guess the steely growl and conviction he brought to the character of one of America’s greatest icons landed him the Wakandan prince’s role. 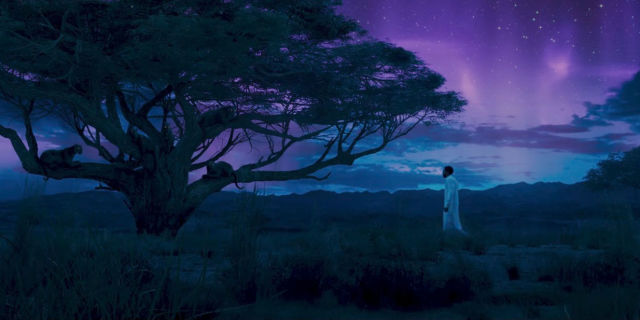 Black Panther succeeds in creating a mystical country which feels more relatable than the huge planets from any Thor movie. This is because as a race we have always acknowledged the immense possibilities and the could-have-beens in case of Africa. Director Ryan Coogler must be commended for bringing Wakanda to life on the big screen. The electro-magnetic field driven trains, spaceship like vehicles and other scientific advancements are inspired from sci-fi movies of the past and serve as an ode to the genre.

Letitia Wright is vivacious as T’Challa’s sister and tech geek. She and Lupita Nyong’o bring much needed female camaraderie to the screen and is another feature of this movie which I was glad to see. Lupita deserves praise for shining in the female lead role without making it a stereotypical damsel in distress cliche. She seems perfect for a part in the proposed all-female Avengers movie! She looks fierce during combat and the movie’s costume designer must be complimented for giving her and the rest of the characters absolutely stunning costumes to work with which are equal measures graceful and feisty. Danai Gurira wears red and absolutely dominates whenever she is on screen. The Queen mother wears white which implies purity and spirituality.

The political overtone makes the movie a story driven saga and it is central to the entire architecture of Coogler’s story. First world countries versus the third world countries and the political tug of war which ensues forms the base of the struggle which Black Panther enters towards the later part of the movie. While most of the tribe leaders are against the idea of Wakanda reaching out to the outside world, T’Challa is more universal in his outlook. His Avenger’s outing has made him a world saver himself. Infinity Wars will again unite him with the rest of the Avengers and together they will fight the evil designs of Thanos. We cannot wait!

Disclaimer: The images used in this post are the sole property of the makers of this film and are not owned by us in any form whatsoever