I watched Raid this weekend and midway through the movie my brain put on a hat and a coat, ala Sherlock, and started deducing scenes from previous Ajay Devgn starrers. Well, the inference from all that mulling was slightly off putting. I have seen Ajay Devgn play that same phlegmatic, self-assured character over and over again in movies. It almost bordered on Déjà vu (DAjay Vu?….Ok, sorry!). Do not get me wrong, Ajay Devgn is a treat to watch on screen. He’s what most action stars can never be, believable yet heroic. He hits the right  emotional notes and builds on a character effortlessly…..but umm, may be the writing for him is more one dimensional than desired. Just go and watch Raid, Baadshaho, Shivaay or Action Jackson and my point will be more fathomable. In Baadshaho, he is the insouciant lieutenant of Ileana’s character, in Raid he is an unflappable Income Tax officer and in Shivaay he was the devil-may-care mountaineer.

His occupations may have changed over the course of the above mentioned movies, but the adjectives used to describe his characters are nothing but synonyms. This is a form of typecast which cannot be shed quickly. Some of the even bigger names in showbiz have made a living out of playing one dimensional ‘heroic’ characters, but Ajay has always been the gifted actor who has aged like fine wine. His brooding eyes still carry a movie and his confident dialogue delivery still makes the antagonists shudder. And that is exactly why I expect writers to give him more and for directors to build layers around his immense creative potential.

Raid is a prime example of a great plot which simply does not take off. It starts of as a battle of wits between ‘Tauji’ (the brilliant Saurabh Shukla) and Ajay’s character Abhay Patnaik. The build-up is tantalizing but it never reaches a climax worthy of the masters at play in the movie. Once Tauji is allowed to leave his premises, the movie ends up being one slow drag about political arm wrestling and a series of threats from multiple quarters, which honestly dilutes the beautiful war of words between the leads in the first hour. Ajay plays an unflinching Income Tax officer who does nothing against the book and is a thorn in the flesh of anyone who is corrupt. Ajay plays the role with the expected maturity and assertiveness, but often becomes so self-assured that as an audience we do not feel any vulnerability. Only in the last scene of the movie we see his character show some genuine fear and trepidation. but alas, it was too late. As an audience we had formed our opinion about the movie and had also sat through very ill advised romantic angle and songs with the lead lady Ileana. Their husband-wife act is so stretched that the director had to bring the wife to the door of the house being raided just to justify another touchy conversation about ‘Farz’ and ‘pyar’. 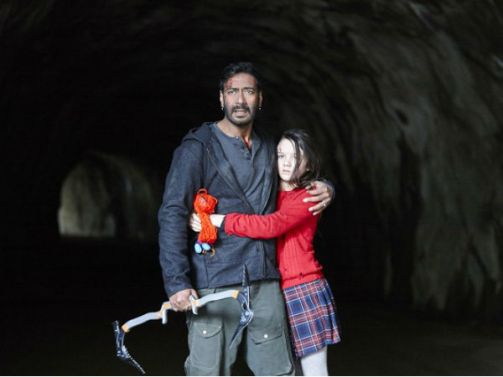 Raid is decent one time watch, despite its failings, but what stuck my mind is that an actor as versatile as Ajay Devgn deserves more bandwidth to work with. No doubt, for every Raid he makes a Golmaal Again, but that is a rant for some other time. A proper intelligent comedy or a simple love story can be a welcome change that awaits this modern great.

Here’s hoping that Ajay Devgn gives his inner ‘Singham’ some much needed rest and tries something which may be a bit outside his comfort zone, but which sheds the character pigeonhole he has found himself in.