Mimesis as defined by Plato means a re-presentation of nature and behaviour. Tragedy is considered the truest Mimesis, followed by poetry and then comedy. Comedy is a dramatic manifestation which is amusing and satirical and with a happy ending. Ok now, before this turns even more sermonizing, let me get to the point. The art of Comedy has manifested, evolved and grown over centuries through various cultures and works of cultural doyens and reached the modern age which allows for every form of comedy to exist. Anecdotal comedy is great (Kevin Hart, Bill Burr, Gabriel Iglesias are the famous proponents), Dark Comedy is pure indulgence (Coen Brthers, Jimmy Carr, Louis C.K. use a lot of it in their content) and Cringe Comedy is getting it’s time under the sun (Ricky Gervais, Bob Saget, Larry David), but what is totally and utterly unbearable is shitty abominable insult comedy. And we have it’s King in India!!!!!!!!

Kapil Sharma is a one trick pony who came to fame due to his sharp responses and some really puzzled Indian families looking, rather begging, for something even slightly different from the mundane soaps and even soapier reality shows. India exists on two axes. One which is digitalised and a gamut of English/hindi entertainers, content providers supply matured thought provoking content, while the other axis is occupied by the TV watching, prime time targeted families, for whom TV channels feel the need to make safe ‘masala’ comedy. And we get Kapil as a by-product of that. He started with Colors as his launchpad with Comedy Nights with Kapil, which in all honesty was an entertaining show, at least initially. It had characters who were likeable and a host who seemed to talk to the masses in the language which the masses understood. So if he said ‘bachpan main to hum zameen pe letke mitti khaate the’, we smiled, as we connected to what was being said. But what was also being said were derogatory remarks veiled as quips and observations. His co actors have been some of the most talented ones, but alas, he chose to drape them in saris. It was only their absolute comic genius that they could tickle the funny bones wearing a blouse and make up. 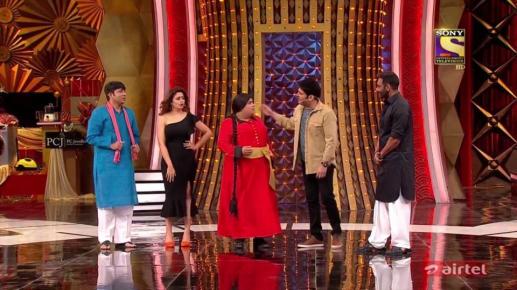 On one hand streaming services like Netflix and Amazon Prime are spending heavy to make quality content which matches the international standards of comedy, while on the other we had the Kapil Sharma Show on Sony which continued the ‘Yo midriff so big’ jokes through it’s entirety. I am not against casual banter, I am not against few jibes being taken in the name of an act, but if your entire show is based on misogyny, casual sexism and body shaming and gets sold as India’s number one comedy show, I have a problem.

And now we have the Family Time With Kapil Sharma. It aired its second episode till this piece was written and based on the content, it is the worst of the three shows. Surprisingly, the names and even channels have changed but the format seems to be the same old one. As if the writers are lost for formats and sequences. And the comedy gets horrendously bad in this one. Sample a few, “ek bohut hi phaeli hui aurat dikh rahi hain, 5000 acres ki”, “main kisi heroine ko line na maru, isliye Neha ko show pe rakha hua hain (Neha Pendse had to smile at this joke btw). The slight modification seems to be the games being played in the middle of the show amongst the public. This also comes across as jejune without much thought being put together. 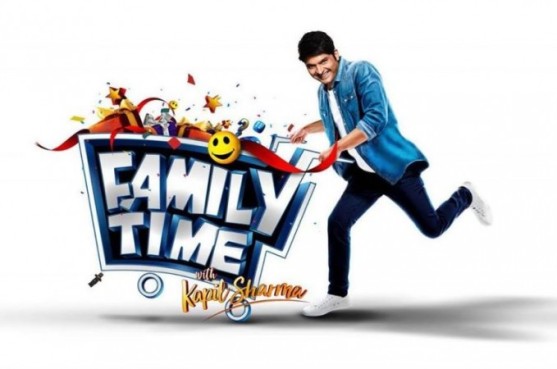 Kapil Sharma is passed his 15 minutes of fame time on national television. His movies have flopped badly and his off camera behaviour and social media etiquettes leave a lot to be desired. The much publicized spat with his co-star Sunil Grover eventually made him spiral down from cloud nine. Unless he really works on his content and his work ethics, the public conscience seems ready to forget this comedian.

Disclaimer: The images used in this post are the sole property of the makers of the shows and are not owned by us in any form whatsoever.