If you are a chest-thumping die-hard fan of the Indian Cricket Team, you already know what it feels like to be the nation that dominates one of the most popular sports played across the globe. Now multiply that tenfold and imagine how it would have felt to live in India from the 1930s to the 1950s. Hockey had never been our official National Sport. Perhaps, the only reason that we grew up with this myth was that for no less than two decades, we won all Olympic tournaments without losing a single game. Our first loss came in the 1960 Rome Olympics when we broke our undefeated spree to Pakistan. Hockey is a game that requires extreme hand-eye coordination, indomitable stamina and complex strategy. To remain a force majeur at it for such a long time, a team has to be not just good but exceptional. During the 1936 Berlin Olympics, the Indian contingent was greeted with the newspaper headlines – “The Olympic Complex has a magic show too!” Such was the aura of the legend Major Dhyanchand, the greatest Hockey player to have ever walked the earth. 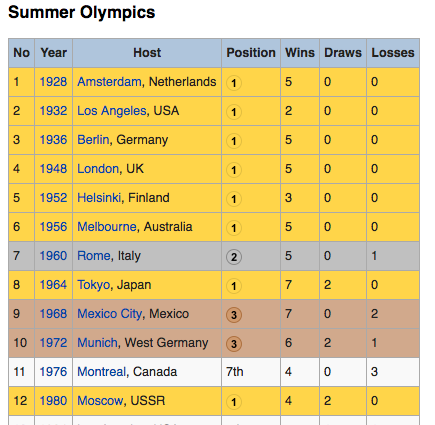 Indian Hockey seemed to have fallen from grace after the 1980s, and to no fault of their own. The traditional grass fields all over the field gave way to Astroturf which was texturized nylon made to emulate natural grass. All the leading teams in the world promptly upgraded their training facilities to prepare for the change in ball-behaviour and stance because of this new kind of field. The Indian Team, unfortunately, continued playing their traditional game thanks to budget cuts and politics. They did not receive their first Astroturf fields before the 2000s when the entire world had already gotten used to it for more than a decade and a half. Since then, we have been trying to play catch up, always ending up in the top 10 but never touching the crown. By this time, Cricket had become the favored son and Hockey was forgotten from the collective subconscious.

Directed by Shaad Ali, Soorma tells one of the many lesser known stories of the new generation Hockey Team which has given us world-class players and still strikes fear in the leading teams whenever they walk onto the turf. A young Sandeep Singh used to see his elder brother Bikramjeet Singh practise everyday at the college grounds. During one of his visits he is challenged to a game by a young trainee from the Girls Hockey Team. Mesmerized by Harpreet’s strong persona, Sandeep agrees to a one-on-one playoff even though he hadn’t touched a stick for a decade. As expected, Harpreet wipes him off his feet and asks him to come back when he is ready. By this time, Sandeep is captivated by her and vows to start practising just so that he could see her everyday. Even though this a stylized version of the true story where Singh wanted to play Hockey because he wanted to have a bat and wear the shiny jerseys his elder brother wore, the innocent mannerisms of Sandeep, as played by Diljit Dosanjh, strike a chord. There are no embellishments to this romantic relationship to distract you from the core narrative that is about his rise from a simple-minded boy from Shahabad in Haryana to becoming a member of the National team.

What had started as an endeavor to woo his lady-love, soon turned into a serious goal for him. He started playing in local tournaments and, through his signature drag-flick style, started to turn heads. With the support of his brother Bikram, he was soon noticed by the Indian Hockey Federation and drafted into the team at the age of 17 – the youngest International Hockey player at that time. Sandeep soon became the top goal scorer in every tournament that he played and was given the title of “Flicker Singh” by his fans. Despite his meteoric rise, fate had different plans for Singh. While travelling in the Kalka Shatabdi to Delhi to prepare for the German World Cup, Singh is shot in his spine through a freak accident and is paralyzed from the waist down. Such an injury could mean a death-sentence for any player, even more so for a Hockey player where you have to be at the peak of your physical fitness throughout your tenure. However, through sheer grit and passion to play for his country again, Singh makes an impossible comeback. And this is his story.

Shaad Ali understands that Sandeep Singh’s story is powerful in itself from a writer’s perspective. Even if you don’t follow Hockey, you would still relate to this ‘human journey’.

Shaad Ali understands that Sandeep Singh’s story is powerful in itself from a writer’s perspective. Even if you don’t follow Hockey, you would still relate to this ‘human journey’. The screenplay is straight and clean without unnecessary dramatization. The narrative is consistently paced and never does it feel slowing down for want of better story-telling. Diljit Dosanjh imparts an authentic portrayal of a small-town boy who is all heart and has an unwavering set of values. The transformation from the poster-boy to a broken human being is heartbreaking and Dosanjh plays it with finesse. Harpreet Kaur as played by Tapsee Pannu is also given a strong characterization which is a breath of fresh air, especially when compared to Anushka Sharma’s character in Sultan. In a particular scene when Singh goes into a reverie telling her about his dream about their life together, she reprimands him by saying – “Pehle India ke liye khel le.” (Play for the country first).

Besides the performances, Soorma has some of the best dialogues that I have heard in a while. One of the best one-liners is by the man with a superb deadpan comic-timing, Vijay Raj. Raj plays Singh’s coach from the Federation and during a match with Meerut, he looks into the eyes of a rowdy, gun-totting audience – “Tamanche ko kacche me daal do babu. Hum bihari hain. Thook ke maatha mein chhed kar denge.” (Keep the pistol inside your underwear. I am a Bihari. Will make a hole in your head just by spitting at it.)

Besides the performances, Soorma has some of the most memorable dialogues that I have heard in a while. One of the best one-liners is by the man with a superb deadpan comic-timing, Vijay Raj. Raj plays Singh’s coach from the Federation and during a match with Meerut, he looks into the eyes of a rowdy, gun-totting audience – “Tamanche ko kacche me daal do babu. Hum bihari hain. Thook ke maatha mein chhed kar denge.” (Keep the pistol inside your underwear. I am a Bihari. Will make a hole in your head just by spitting at it.) The supporting cast of Soorma is yet another strong-point. The relationship between Bikramjeet, played by Angad Bedi, and Sandeep is a poignant portrayal of brotherhood. Bedi plays the role of a loving, yet tough brother to perfection and proves as one of the pillars that dragged Singh out of his injury through his undying support. Satish Kaushik as Singh’s father Gurcharan Singh is yet another character who is memorable.

Even without any promotional bang, Soorma ticks all the right boxes for a good story told in a deserving way. Accompanied by euphonious tracks by Shankar-Ehsaan-Loy, it may very well be one of the best films I have seen so far this year. Just a month from now, we would be seeing yet another biopic by Reema Kagti and starring Akshay Kumar. Gold would tell us the story behind independent India’s very first Olympic gold. Hopefully, by the end of this summer, we would have a better appreciation about a sport which once hailed our country as a legend and one which is screaming for us to welcome it back!