Kishan Lal was born in colonial India in the year 1917. He was the captain of the first Indian team which won the Olympics Gold medal in 1948 under the Indian Tricolour. A born leader, talismanic figure of Indian hockey and later a successful coach and commentator, Kishan Lal was honoured with the Padma Shri in 1966. Gian Singh spoke of this mercurial hockey legend that ‘Many times, I would think he would score but invariable he would pass the ball to inside forwards or the centre forward to do the finishing touch’. Kishan Lal was to the British in 1948 what Dhyan Chand was to the world in the 1936 Berlin Olympics. In the movie Gold Akshay Kumar plays a caricaturish version of this legend by taking ‘cinematic liberties’ to create a junior manager named Tapan Das. In his attempt at being pernickety, Akshay Kumar creates a ‘gondogol’ and ‘uri baba’ spewing stereotype which my plain mind thought Bollywood has left behind years ago, but apparently not. 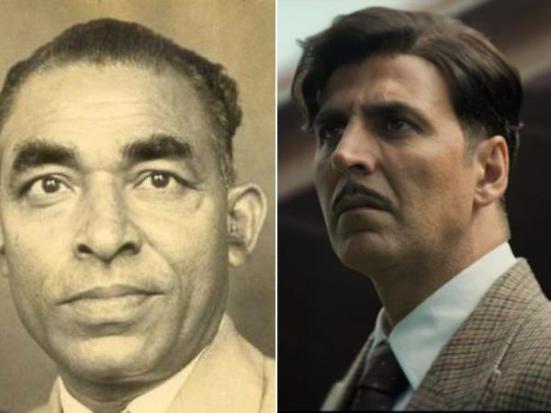 The premise on which Gold was created could evoke patriotic fervour in the most detached of humans. Yet, miraculously, what we get is a perfunctory attempt at a masala movie checking every cliché associated with Bollywood sports movies. Gold is a perfect example of how the trailer belies the movie. What was projected as a movie about independent India’s first Olympic Gold, became less about hockey and the struggle to form a world beating team owing to the partition, and more about the idiosyncrasies of a fictional junior manager with passing mentions of the actual struggle. I would go as far as saying that the movie would have been better served without the protagonist himself. In fact the character Samrat (Kunal Kapoor) seemed to be perfectly fit to galvanize the characters into giving their all for the motherland against the very oppressors who ruled us to take a figurative revenge for ‘200 saal ki ghulami’. Samrat was the fictionalized version of the great Dhyan Chand, the greatest hockey player ever. He helped train the new crop of hockey players as he himself took a backseat and focused on the greater role of nurturing talent across India. Dhyan Chand was involved both as a player and a mentor during India’s hitherto unmatched run of 6 golds. So why was his character not the focal point of the movie? Let me answer that. Because an eccentric, drunk Bengali manager gives all the liberties to cater to the entertainment seeking holiday audience who throng the cinemas in huge numbers on the 15th of August. In fact, Kunal Kapoor and Vineet Kumar Singh, who portrays Imtiaz Ali Shah, hold their own in the screen time they get and it is their characters which bring out the significance of the stakes. Sunny Kaushal brings much needed earnestness in his performance as the Punjab player who does not get a match until the final. He keeps the flag in the Kaushal family flying after Vicky, who is an established name now.

Gold is a disjointed sequence of events which gets bogged down by the blatant staginess and never quite embraces the truth, yet meanders close to it all through the two and half hour run time. We get to see the team breaking up due to partition, team forced to practice in a monastery, the captain forced out of the country by rioting public and players recruited from across India. Yet, they are juxtaposed with brainless infighting, love interest and a cliched manager who becomes a daily soap antagonist at the drop of a hat. Soorma which released only a month ago was a better biography, with it’s share of dramatic moments fitted into a true story which is captured as honestly as Bollywood permits.

Director and story writer Reema Kagti seems to be arm-twisted by her own desperation to make a masala flick and the producer’s demands. Her previous two directorial ventures Honeymoon Travels Pvt. Ltd and Talaash did not do well at the box office , although garnering appreciation for content and Gold seems to be a compensation of sorts. And that is where you will feel so let down as the loose ends are never tied up. Even the match sequences are amateurish at best. Chak De India worked because you got a feeling of the stadium and the matches were shown by panning out rather than zooming in. Watch any sports movie from Hollywood and you will know that the best parts are when we get a sense of the occasion and the drama unfolding from the spectator’s perspective and not when the camera lingers in front of the players.

What Gold has achieved to do well is made us reach for our phones and Google about the real life stars and patriots who rewrote history for the country on the sporting arena. Kishan Lal, Dhyan Chand and Vice-captain K.D. Singh from the golden age of Indian sports are back into people’s memories thanks to Gold. How I wish Reema Kagti used their real names and showed one real life picture of the actual team which won Independent India’s first Gold. Alas!