Peter ‘those-eyes-that-voice’ Kavinsky is the latest phenomenon getting girls (even some boys) all googly eyed while Lara Jean is making quirky-recluse appealing again. Elle is making sure you imagined yourself voyeuristically looking at the ‘events’ in the Kissing Booth. Is it the 90s? Are Hugh Grant and Renee Zellweger plotting a grand comeback? Unfortunately no, but nostalgia beckons as Netflix is releasing rom-coms by the dozen and the good old days of sweet candyfloss romance seem to be back again! We smile when Harper and Charlie play Tinder to their overworking bosses, and melt like butter when Peter Kavinsky says ‘You can break my heart. Do whatever you like with it’, automatically getting transported to the days of yore when rom-coms were part of our viewing schedules.

Its only in the last decade or so when Hollywood calendar has been carefully divided into three seasons- Oscar bait season (from September to January), Superhero Summer and in between, there would be horror movies, biopics, dramas. We would struggle to recall more than a couple of pure rom-coms which made decent money for their producers. Is it because of the familiar archetypes or the lack of ingenuity is anybody’s guess, but Netflix’s bet on the revival of this genre has got a lot of traction and a positive one at that. They did the math and realised that increasingly more people, lot of them couples, snug up and watch a good old rom-com in their comfortable living rooms.

One in three users who watched The Kissing Booth recently watched it again. May be with a loved one, or with friends who were looking at something light during a slumber party. Irrespective, Netflix knows their audience, almost creepily, what they are up to in the privacy of their rooms and on their phones. Do they care about critics and purists panning these movies? Absolutely not. The promotion that the amateurish and borderline offensive ‘Insatiable’ got, pointed to the same. Although ‘Insatiable’ was a mistake in hindsight, but ‘To All The Boys I Loved Before’ , ‘Set It Up’, ‘Alex Strangelove’ have seen a new high in consumption of rom-coms. It’s still to be seen if the same viewers make the journey to the movie theatres if a similar movie releases on a Friday, but Netflix’s bold move seems to be giving others confidence.

The common thread between these rom-coms is that most of them are adaptations. An adaptation automatically spikes interest in the audience, as the source material is bound to pull in even naysayers to critique the movie. Also, the troupes may be similar, but most of these movies seems to bring in diversity and are updated with the modern dating etiquettes. Alex Strangelove is about a young man confused about his sexuality, Set it Up is relatable for all the overworked, dissatisfied with their jobs corporate workers who want their bosses to have a life outside work, while To All The Boys I’ve Loved Before is an ode to the rom-coms of the past, with almost the same trajectory and character journeys, yet it feels refreshing because of the chemistry between the talented leads and the narration. 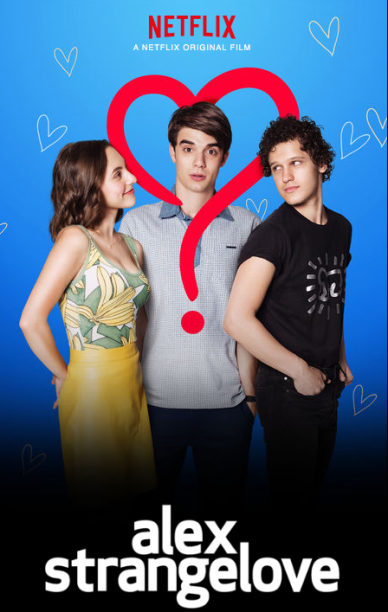 Romantic Comedies have spawned numerous careers over the last few decades. Jennifer Aniston, Anne Hathaway, Hugh Grant, Adam Sandler have given us delectable stories which we have watched multiple times and still never pass on the opportunity to watch a few minutes or the entire movie on a lazy Sunday afternoon. Guess it is time for the Noahs, Daniels and Lanas to take the reigns from them.