Just twelve years before the birth of Saadat Hasan Manto, a man breathed his last. He had been a writer of the highest calibre, writing unabashed about social decadence, the misplaced concept of beauty, and breaking the archetype of sexuality. As could have been expected for the times then, as they can be now, his works were prohibited and banned from publication. Adding insult to injury, he was also charged with “acts of indecency with men” and sentenced to two years of hard labour. Venting his heart out through this trial by fire, he said – “I may not agree with you, but I will defend to the death your right to say it.” This man was none other than the eminent Irish poet and playwright, Oscar Wilde. Over a hundred and fifty years later, the world is not so different. Despite being a part of our Constitution, Freedom of Speech has remained a concept that exists only within the closed-door gatherings of learned liberals who talk about it in hushed voices. For the rest of us, freedom of speech is a baton that is either used to hammer down anyone whose opinion goes against our own biases, or a knife that one can use to debilitate another person through internet trolls.

Despite being a part of our Constitution, Freedom of Speech has remained a concept that exists only within the closed-door gatherings of learned liberals who talk about it in hushed voices. For the rest of us, freedom of speech is a baton that is either used to hammer down anyone whose opinion goes against our own biases, or a knife that one can use to debilitate another person through internet trolls. 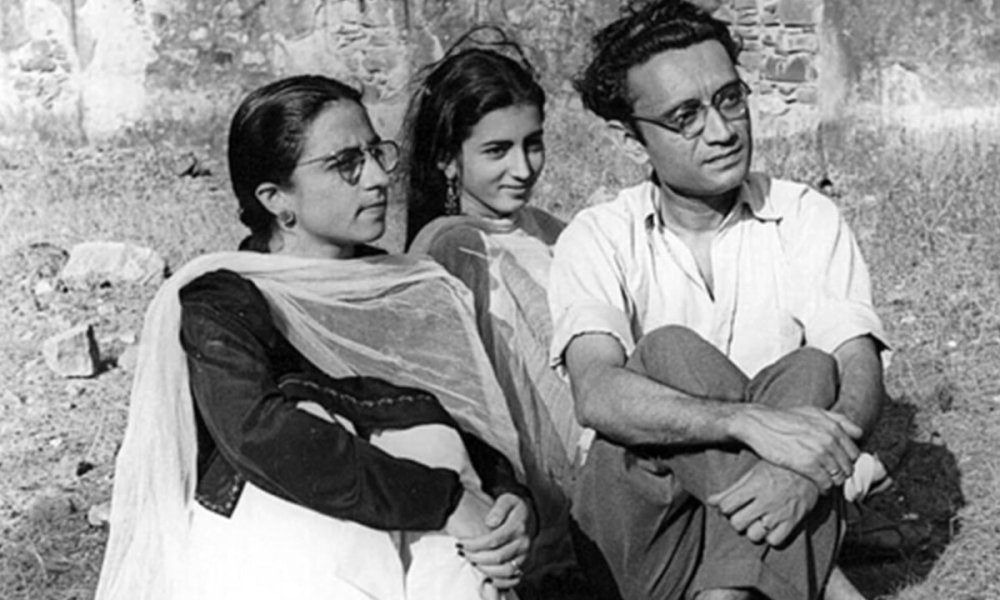 Saadat Hasan Manto lived in tumultuous times when the nation was being torn down its chest. Growing up in the dark bosom of the bustling city of Bombay, Manto was an astute observer of the stories that the city kept within itself like a closely guarded secret. While the widespread emotion of a new, progressive India swept through the nation, Manto held a mirror to its scarred face, shown in glaring contrast. Nandita Das’s Manto begins with a discomfiting tale of three “gentlemen” in a car who pick up a teenage girl from a local pimp. In stark contrast to how the gentry would like to present themselves, the story – called “Bu” (Scent) – portrays an aspect of our society that makes us shift in our seats, embarrassed that we were even watching something so abhorrent. As the scene changes to show Manto’s wife Safia reading from his pages, you breathe a sigh of relief that it was just a story and not the story. Das, however, makes an important point here. Even though we were relieved that it was just a story, something that can be dismissed or discarded with apparent ease, it would still not erase the truth behind it. So, why not confront it ?

Das’s sepia-toned story-telling transports you back to the times when the Hindi film industry was witnessing the rise of stalwarts like actor Ashok Kumar, Music Director Naushad, and the Bollywood poster-boy Shyam Chaddha who remained one of Manto’s closest friends until his death during the shoot of the 1951 film Shabistan. At the peak of their careers as screenwriters, Manto, and his peer Ismat Chughtai, are at the forefront of the literary upheaval. In a winding banter scene in a teahouse, Manto’s friends suggest that he tone down his writing so as to suit the taste of the readers, to which he replies – “Agar tum in kahaniyon ko bardasht nahi kar sakte toh yeh zamana hi nakaabileybardasht hai.” (If you cannot bear these stories, then the society is unbearable).

After the bloody partition as anti-Muslim sentiments took root in the heart of people around him, Manto decided to leave his beloved Bombay for Pakistan. His sad exit was not owed to fear, but to the feeling that his own people had suddenly disowned him. While in Pakistan, he witnessed the horrors of a new nation trying to stand up from the debris of division. Girls were being raped by their own people in relief camps, which he penned down in stories like “Khol Do” (Open It). Some of his darker works emerged during the harrowing changes he saw around him where god-fearing people had become monsters. However, he held a firm belief that somewhere inside that mania was the goodness of humanity, which he portrayed in his haunting story “Thanda Gosht” (Cold Meat). Pakistan turned out to be a lot more orthodox in the acceptance of his literature, and his works were constantly taken off publications. Fighting a losing battle for keeping aloft the freedom of speech, Manto took to smoking and drinking. 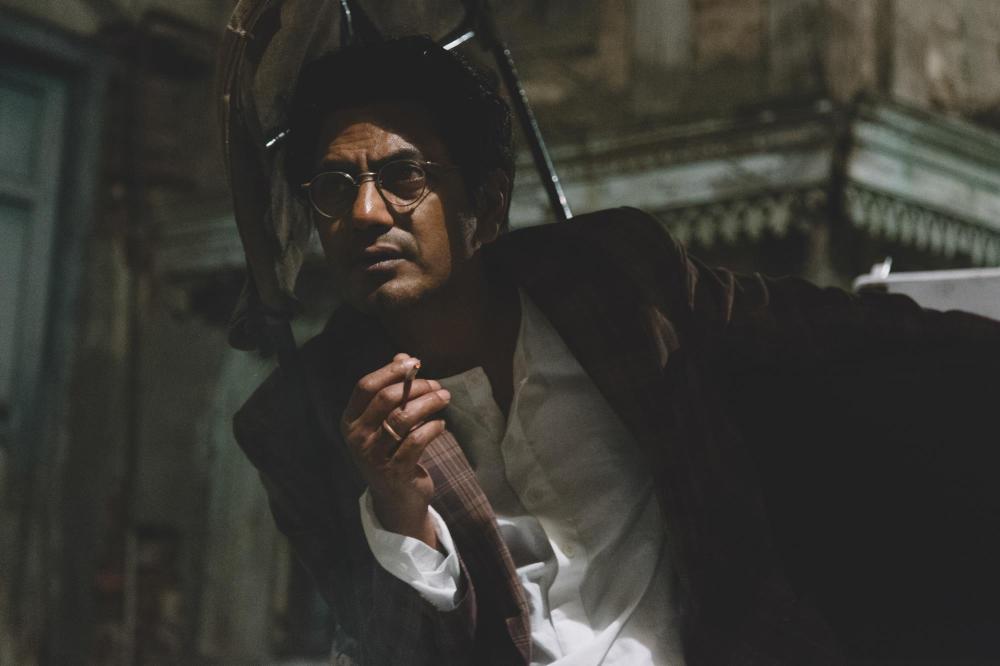 Nawazuddin Siddiqui slides into the shoes of Saadat Hasan Manto effortlessly, right down to the lanky frame and black-framed glasses, enunciating the Urdu verbiage like a flowing river. From a confident man who is bodacious in his stature pre-partition, Siddiqui portrays Manto’s slide into becoming the hollow shell of a man who is being consumed like the cheap cigarette burning between his fingers. Rasika Dugal, who plays Manto’s wife Safia, is a power-centre in his life, keeping him grounded in reality, to his family, and to himself. Dugal is a writer’s wife through and through, balancing the act of a close confidante with that of a nurturer who comforts him when he has nightmares. Ismat Chughtai, played by Rajshri Deshpande who played Siddiqui’s wife in Netflix’s Sacred Games, gives a compelling performance in the limited scenes that she gets. Tahir Raj Bhasin as Shyam Chaddha is the flamboyant friend who never leaves Manto’s side, despite his national fame.

Nawazuddin Siddiqui slides into the shoes of Saadat Hasan Manto effortlessly, right down to the lanky frame and black-framed glasses, enunciating the Urdu verbiage like a flowing river.

Manto is a rich, story-telling experience with an underlying philosophy that is all too often taken for granted today. Instead of encouraging a healthy debate about the issues that plague our society, governments are more wont to shut down any form of inquiry that may bring their flaws to the limelight. People are constantly herded together like sheep and led towards a facade of a future that is as thin as paper. Journalism has become an apprentice to Politics, as truth dies a slow death. We can only hope that films like Manto bring in the much-needed change in the collective consciousness before we become an Orwellian dystopia where history is manufactured and not lived.