It would be an understatement on my part to say that I love horror. I am an incorrigible horror-junkie who thrives on the rush that a fleshed-out story infuses into your brain blanking out the mundane. Your senses are heightened and you go into a fugue as if reality had released its grasp off you. Horror is, perhaps, the most underrated craft when it comes to screenwriting. Since 1929 when the Oscars were first handed out, only 6 Horror films have been nominated for Best Picture, out of which The Silence of the Lambs (1992) became the first and only horror film to win the prestigious award. And even then, horror enthusiasts would dismiss it calling it a crime thriller and not “horror” per se. Well, that’s the thing about the genre. It does not hold boundaries. It may have a supernatural element in it but then it may not. Sometimes some of the most mundane everyday things may be horrifying. Vikramaditya Motwane’s 2017 film Trapped revolved around the terrifying possibility of a man trapped without food and water in an empty high-rise in the middle of the bustling city of Mumbai with no way to contact the outside world. That is a horrifying prospect. Jennifer Kent’s 2017 film The Babadook played with the deep psychological impact that single motherhood has on a young woman. From a singular, one-dimensional genre, Horror has evolved in the Stephen King era.

Created and directed by Mike Flanagan, who was behind some of the best horror films this decade of which some of my personal favourites are Absentia (2011) and Gerald’s Game (2017), The Haunting of Hill House has been adapted for the screen from the 1959 novel of the same name by Shirley Jackson. The story follows five estranged siblings – Steve (Michiel Huisman), Shirley (Elizabeth Reaser), Theo (Kate Seigel), Nell (Victoria Pedretti) and Luke (Oliver Jackson-Cohen) – as their dark childhood experiences in Hill House catch up with them. The non-linear screenplay switches back and forth between their early days in the huge gothic mansion, and their present-day lives, where we see how the strange occurrences each of them went through shape them as adults.

Steve is a popular horror writer and, ironically, a skeptic who does not believe in anything that he writes. In his first book, which shares its name with the series, Steve writes off every experience down to an early onset schizophrenic episode that his mother had been going through. He sees the apparitions described by Nell and Luke as childhood fantasies. Steve’s parents Olivia (Carla Gugino) and Hugh Cain (Henry Thomas – young and Timothy Hutton – old) are flippers who buy a property and move into it until they can restore it to its previous glory and resell it for a profit. But this house is different. Before long, inexplicable things start to happen – a room that everyone keeps describing differently that doesn’t exist, noises from behind walls, multiple apparitions, among other things.

What separates the series from other stories with a similar premise is the way the characters are written and how they fit into the overall narrative. With each episode, there are two parallel underlying arcs through which we get to know about the adult versions of the siblings, through glimpses into their individual childhoods. Shirley runs a funeral home, perhaps as a way to compensate for the last known memory of her mother, trying to make the dead beautiful. Theo is a “sensitive” who can apparently see through people just by touching them and works as a psychologist. Nell and Luke, who are twins, live disturbed lives. Nell suffers from sleep paralysis and is plagued by hallucinations of a “bent-neck lady” who she used to see from time to time during her time in the Hill House. Luke has his own issues as a drug addict who keeps sliding in and out of rehab centres. The transitions between past and present are blurry and one scene leads on right into the next breaking timelines, and bringing everything rushing back. There is one spectacular scene at the end of Episode 5 that just blew my mind. It stitches together discordant scenes into one uncut shot, making it one of my favourite scenes in any horror production. Period. A lot has also been talked about Episode 6 and for good reason. As a standalone episode, it is a fluid story-telling experience that grabs you from the get-go. From the storm-wracked premise to the unsettling reunion over a funeral, it is just a brilliant setting for a horror story.

The Haunting of Hill House is reminiscent of Stephen King’s 1999 short story 1408 that was adapted into a feature in 2007 by Director Mikael Håfstrōm. 1408 is one of my favourite horror stories just for the fact that it uses so little of the usual horror tropes that we are used to seeing. It uses subjects that are available in a standard hotel room, giving it a personality of its own. It just becomes an evil room that can subvert reality and turn your insecurities unto yourself. Hill House in its own right carries a similar evil persona that goes deep inside its outward gothic look with its twisting staircases and antique charm. Through its characteristic cinematography, Hill House is mostly kept in the dark and viewed through silhouettes until someone arrives at its door, when its dark chest heaves up from the inside and reddish lights emanate from its wood-framed windows. The manifestation of the house’s evil is, perhaps, the strongest in Olivia Cain as she grapples with her mental dissonance and her concept of reality. Ridden with migraine attacks, she feels distracted and distanced from her family. And yet the guilt of not being able to take care of her children eats her up from the inside. The house uses this weakness of hers in the most twisted of ways, as we come to see later. 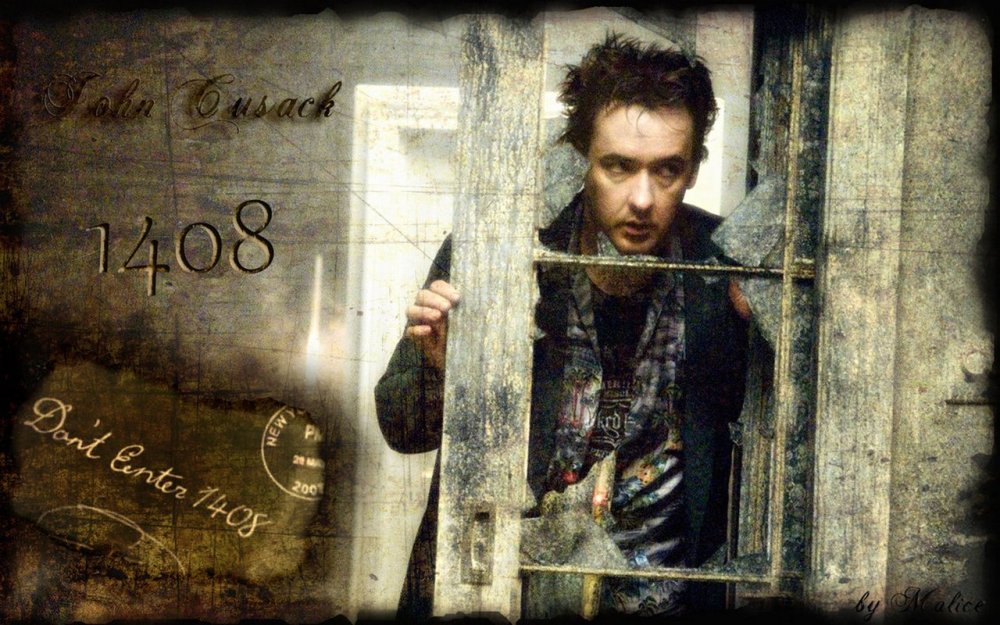 The Haunting of Hill House blends the human condition deftly into a supernatural setting. Every single aspect is underlined by a duality that keeps you thinking if it was caused by the ghosts or was it just a deep-seated derangement that was surfacing after all those years.

The Haunting of Hill House blends the human condition deftly into a supernatural setting. Every single aspect is underlined by a duality that keeps you thinking if it was caused by the ghosts or was it just a deep-seated derangement that was surfacing after all those years. Halfway through the series, I started to formulate theories about the strangeness about Olivia trying to conjecture if she knew more about Hill House than anybody else. If you would observe, Olivia keeps finding things that she hands out to her children. There are also occassions where Nell finds things in her toys that were not there before. Did Olivia place them there ? Why did she hand over an old hat to Luke ? Did she already know Poppy Hill’s history ? Maybe she was a descendant of the Hills who had grown up hearing stories about the house. Maybe she suggested Hugh to buy it so that they could live there. There’s also a question about Aunt Janet. We keep hearing her name throughout the series but we get to see her only once. What does she know ? And most importantly, why do the children have the abilities ? Where do they get it from ? Hill House has a lot more to it than has been revealed. Considering the phenomenal reception that it has garnered, it’s going to be renewed for Season 2. And I would be waiting with baited breath.