Amitabh Bachchan put it aptly when he tweeted this today—

“ ….the history of Indian Cinema shall always be written as ‘before Dilip Kumar and after Dilip Kumar”

When we talk about the doyens of Indian Cinema, the name Dilip Kumar is taken with utmost reverence. He is peerless and probably the first purist to have come out of Bollywood. I call him purist because in a career spanning 6 decades, he made around 65 movies and left an indelible mark on Hindi cinema by focussing purely on character driven movies with naturalism as their core. His peers like Raj Kapoor and Dev Anand had modelled their careers on few Hollywood influences like Charlie Chaplin and in Dev Anand’s case, it was Gregory Peck. Dilip Kumar however got his inspiration from the average Indian, beset with their humdrum issues. Only Ashok Kumar could be referenced as his early inspiration, but then Dilip Kumar started to thrive on characters knitted for him and he became known as the tragedy king. I have never been a fan of the moniker ‘tragedy king’ for Dilip Saab. I would much rather use ‘Realism King’ for his earthy and mostly pragmatic portrayals on screen.

Fourth in a family of 12 children, he was named Yusuf Khan. After shifting to Bombay, his fortunes took a turn for the better. As luck would have it, he met with Devika Rani who was at that time the chief executive of Bombay Talkies, arguably the most important production house during those years. She was stuck by the glint in his eyes and as a seasoned performer and recruiter, she saw the future of Bollywood in the young man’s face. From earning a princely salary of Rs 500 to getting his first acting role in the 1944 movie Jwar Bhata, Dilip Kumar had announced his entry into the movie industry.

It was Devika Rani who suggested that the name Yusuf Khan did not go well with the persona of a romantic hero. She might have also considered the boiling communal divide plaguing the country as the British Raj was coming to an end. And there Dilip Kumar was born. Over the course of the next couple of decades, he shunned the ‘romantic’ image and soon gave in to the allure of making meaningful cinema. We use the word ‘Method acting’ quite liberally these days, but for Indian cinema, Dilip Kumar was the first ‘method actor’.

His movies like ‘Naya Daur’ and ‘Kohinoor’ saw him learning nuances of the trade and mannerisms. He learnt how to ride a ‘tonga’ in Naya Daur where the movie’s climax demanded the hero to race with his Tonga. Dilip Kumar seamlessly transitioned from tragedy to drama to comedy. The versatility was for all to see in movies like ‘Ram aur Shyam’ which was a resounding hit. During his lengthy career he was paired with many actresses but no one had the chemistry which Madhubala and he had. Much was also written about their affection in real life. However, due to differences later on, they moved on in life. And finally Dilip Saab found the love of his life, his wife Saira Bano. Saira was 22 years younger to him, but she complemented him in every way. And to this day, she is by his side, even if age has caught up with him and he has retired from the public eye. 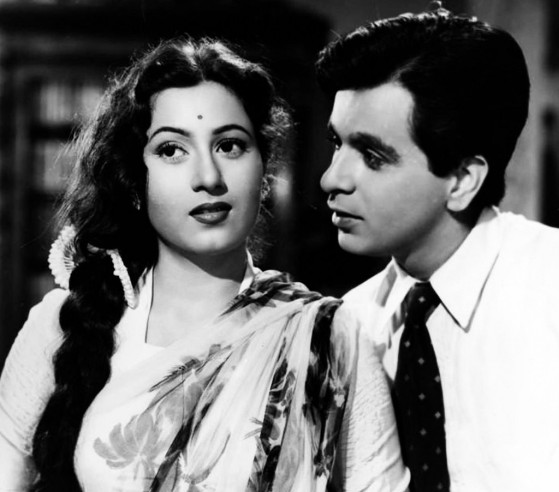 Dilip Kumar is a common man’s champion. Much of the adulation he gets is because of his relatable movies and also his humanitarian work. He was awarded the highest award in Indian movie industry, the Dada Saheb Phalke award in 1995. He is only the second Indian to have been awarded the ‘Nishan-E-Imtiaz’, Pakistan’s highest civilian award. It shows his popularity in both the countries.

On his birthday today, we salute this great man who defined Bollywood and left a legacy which is still unmatched. We wish him a healthy 96th birthday and hope he keeps blessing the industry for years to come.