So the time is nigh, emotions are high, and deservedly so. The final season of arguably the most celebrated TV series ever has finally been flagged off. This has been an especially sweet respite after an unusually long wait of 2 years. A phenomenal journey of almost a decade would find closure (or would it ?). Now that the first episode has aired, there are mixed emotions at hand. As I watched the once familiar intro sequence created by the talented team at elastic.tv (directed by Angus Wall) and accompanied by the haunting tune of Ramin Djawadi, I noticed that now, instead of hovering over Westeros, the sequence took you into its underbelly, weaving through alleys and gateways, closing down on you as if this was a collective last stand against the enemy, a prelude to what was to come. 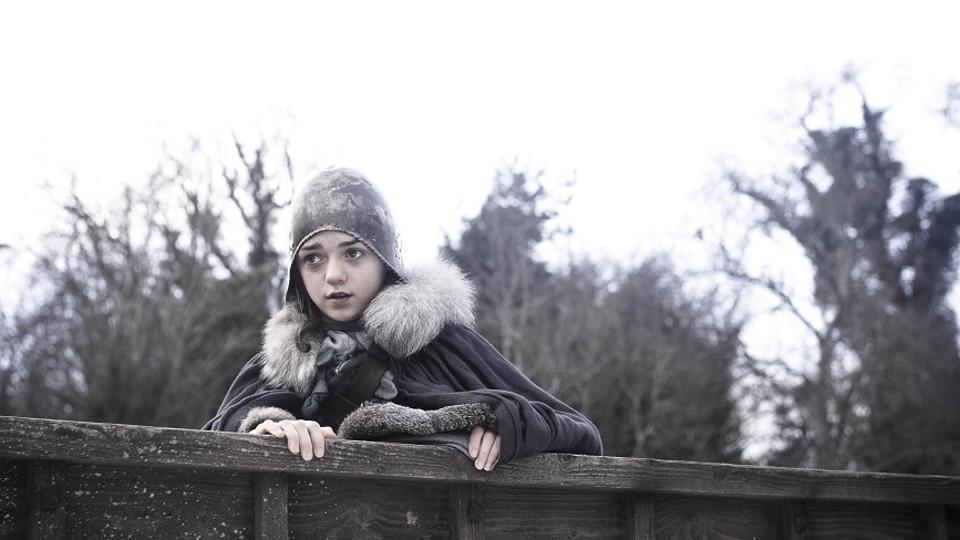 The opening episode has brought along brand new dynamics amongst characters who are either meeting for the first time or are meeting again. Not just that, the first episode also pays worthy homage to the very first season as well. As the allied armies of Danny and Jon march into Winterfell, we watch a young northerner navigate the crowd of bystanders and climb up a tree, trying to catch a glimpse of the newcomers while Arya smiles at the young boy’s innocence. This is not just a casual scene that the creators put in. This is a direct reference to the first episode of season 1 when Arya also weaves through the bystanders and climbs onto a cart to catch a better glimpse of the Baratheon convoy entering Winterfell (timestamp: 23:30). A tiny detail, but takes you back all those years.

With that, let’s go through some of our favourite unions and re-unions that would set the stage for finale:

Sansa meets Daenerys: Although Sansa had heard a lot about the Dragon-queen before, this is the first occassion when she actually gets to meet her, and she is not happy. She sees her brother Jon feeling a bit too comfortable around her, and their chemistry is quite palpable after their romp in the last season. From being anointed the King of the North, he now pledges allegiance to Danny. This does not sit well with Sansa, and with the Stark allies – the Umbers, the Karstarks and the others. But is that the only reason why Sansa is upset ? After leading a life where people have always manipulated her, Sansa had finally outgrown her past and become a strong woman who had brought the North together. No mean feat when there was no leading Stark on the land. She may even have gotten used to being called the “Lady of the North”. But now she had a real queen in front of her, a pure-blood Targaryen. She probably felt a tinge of envy as well. It would be interesting to see how the dynamic between the two would shape up, as for all practical purposes the Northerners would now listen only to Sansa.

North meets the Dragons: Let’s be honest. Even though Jon had promised them that Danny had what it takes to defeat the Night King, they had always been a bit skeptical about talk of those “mythical creatures”. Respect would only come from a show of might and Danny gave them that. Close behind the allied armies, we watched Drogon and Rhaegon sweep over Winterfell as the onlookers gasped at the immense size and the very presence of those magnificent creatures. Even the envious Sansa was impressed that a woman, practically her age, could command them.

Jaime meets Bran: Perhaps the most shocking and scandalous scene in the entire series, Bran’s fall changed the boy’s life forever and established Jaime as a villainous brute who could do anything for his sister. However, seven seasons later both Jaime and Bran have changed. Jaime has lost his fighting hand, and his arrogance in the process. He has realized the madness of Cersei and tried to walk the right path. Bran has, since, become the Three-eyed raven himself, a powerful seer who can transcend time and even manipulate it. Both characters have followed momentous arcs. We watch Bran say – “I am waiting for an old friend”, but it is only in the end that we realize that he had been waiting for Jaime. The exchange of glances between Jaime and Bran was just delicious as Jaime remembered what he had done to the boy. More than that, does Jaime have another destiny that Bran knows about and we don’t ?

Jon meets Arya: Yet another interesting exchange there. Jon and Arya had separated when Jon had to go away to the Night’s Watch. Arya had been the closest to Jon as he was one of the few who noticed the real her – the fighter and not the lady who everyone wanted her to be. She had even gotten her first and only sword from him – Needle. Since all those years back, they have also followed a winding trajectory. Arya has trained in Braavos and has become an expert assassin, while Jon has died and come back to life! When Jon sees Needle and asks Arya if she had learnt to use it, you couldn’t help but chuckle. Oh she definitely can, boy, and she can beat all of you single-handedly. Having said that, it is clear that Arya stands on Sansa’s side as she reminds Jon who his real family is.

Theon meets Yara: If there is anyone who has had the hardest time in the entire series, it would be no other than Theon. After being maimed and enslaved by Ramsay Bolton, it took immense effort for him to find himself. Last season we all thought that he had abandoned Yaara, but apparently not. After proving himself worthy, he had gathered his own men and was able to rescue his sister. One would even say that he had finally grown a pair of his own. For him, Yara would be the queen that he wanted to serve. It would be interesting to see if Yara would join Danny and Jon in the last stand, and how.

Samwell meets Jon: This was by far the most important moment of this episode. In the last season, we had got to know Jon’s true lineage through Bran’s visions and through Samwell’s books. It was only a matter of time that Jon himself came to know. As Samwell reveals to him that he had always been a King, and never a bastard, Jon is at a loss for words. This revelation would have giant repercussions not just between the relationship of Jon and Danny but also the plotline overall. Now that Jon has officially been revealed as the true heir to the throne (since he is Rhaegar’s son and should succeed him), Danny’s purpose as a character has been fulfilled. She has given him the armies, the dragons seem to like him, and his lineage is clear. As we have voiced time and again, Danny would probably be killed off spectacularly.

So, there it is. There’s still a long way to go and lot of secrets to be uncovered. I am excited to see what happens between Bran and the Night King. I am also keen on finding out what tricks Cersei has up her sleeves. Now that she is pregnant (or not), would she find reason or be another mad-queen, ready to be executed by the Kingslayer ? Only time will tell.